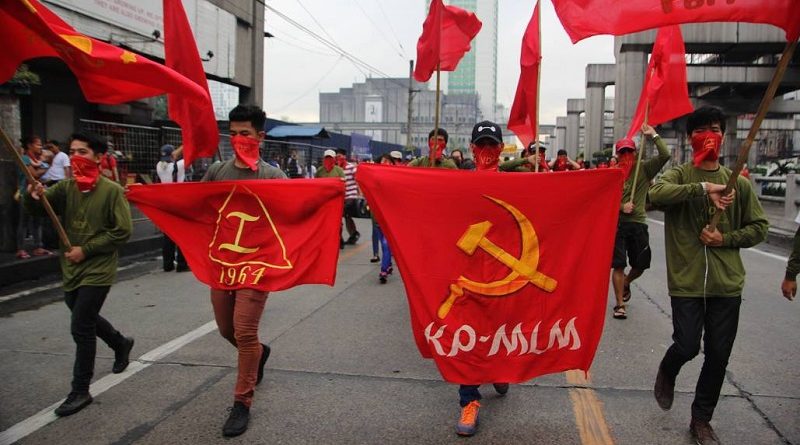 In a television interview a few days ago, Defense Secretary Delfin Lorenzana claimed there are now around 4,000 “NPA surrenderees”. If we are to believe claims made by officials of the AFPat the end of 2017 that the NPA is down to 3,700 members, then by simple subtraction, one can conclude that the AFP under Duterte has already accomplished what all previous regimes have failed to do: defeat the NPA.

Much more, perhaps, considering that there are now more NPA surrenderers than the original number of NPA members. Based on these figures, the NPA now has to have 300 more members to make up for the differential in the AFP’s surrender numbers. And this is where all the deception is revealed, with the help of some simple arithmetic, which the AFP publicists seem to have forgotten.

Over the past few months, Duterte himself and the entire military and defense establishment have spent hundreds of millions of pesos to stage Malacañang dinners with the president, tours around Luneta and other cheap gimmickry. The bigger portion of the monies, of course, line-up the pockets of AFP field officials. According to our sources, funds from Duterte’s discretionary and intelligence funds are automatically downloaded to the ATM accounts of brigade and battalion commanders depending on the number of “NPA surrenderees” they report. Thus, military field units are in a frenzy of conducting psywar operations to hold “surrender activities.”

Of course, there are few former members of the NPA such as Noel Legazpi who have surrendered to Duterte after losing grip of their principles and no longer able to sacrifice for the people. But as much as 99% of the 4,000 “NPA surrenderees” are actually civilian residents of barrios which the AFP insists are part of the NPA’s mass base.

If the AFP will acknowledge that most of the “surrenderees” are not actually NPA fighters but NPA “supporters”, then they will have to make a public apology for deceiving the people. They must end this practice of Red-tagging and making people pose as NPA members in violation of their rights. Such practice endangers the lives of people by deliberately blurring the lines between armed combatants and civilians.

Deceiving and forcing people to pose as NPA surrenderees. To come up with big numbers, the AFP employs deception, threats and violence to force people pose as surrenderees. Under pain of being accused of NPA supporters, and for fear of being subjected to Marawi-like bombardment, civilians are compelled to “cooperate” with the “surrender” shows of the AFP.

Last March 12, a teacher and staff members of the Misfi Academy in Barangay Salvacion, Trento, Agusan del Sur were brought together with 70 other members of the community to the Trento town center. They were made to sign a blank sheet of paper to supposedly record their attendance. Facing threats of being further detained, they were then made to speak before a camera saying they “voluntarily surrendered” to the 25th IB.

AFP paramilitaries posing as “NPA surrenderes”. Among the “NPA surrenderees” presented by the 4th ID are at least 16 members of the Magahat-Bagani, a paramilitary group long employed by the AFP in counter-insurgency. This group of “surrenderees” is responsible for the September 1, 2015 killing of school principal Emerito Samarca and Lumad leaders Dionel Campos and Juvello Sinzo in Lianga, Surigao del Sur. These include Calpito Egua, Oscar Egua, Jojo Acebedo, Ploto Acebedo, Ramil Pedroso, Rommy Acebedo, Benjie Martinez, Along Salinas, Ramsy Salinas and others facing criminal charges over the Lianga massacre. By making them pose as NPA surrenderers and given amnesty, they are being let off the hook by Duterte.