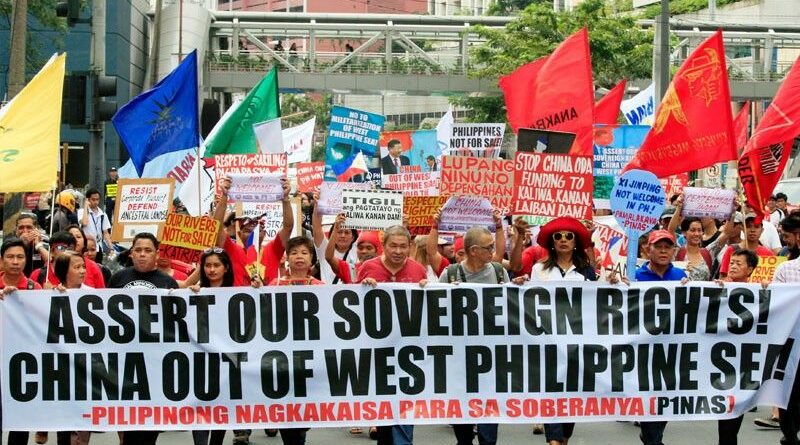 Philippine President Rodrigo Duterte is a traitor to the Filipino nation by allowing China to gain military and economic control of the West Philippine Sea, especially the marine resources within the country’s exclusive economic zone.

In his recorded message, Duterte admitted, in his own words, of having an “agreement” with China that has been kept secret from the Filipino people.

He practically confessed that he has allowed China to plunder Philippine marine resources and deploy hundreds of militia vessels by saying he is “not so much interested now in fishing.” He has turned a blind eye to the fact that Filipino fishermen could not fish in the country’s own waters. He also ignored how Chinese industrial fishing has caused massive depletion of resources in the area which has made it extra difficult for small fishermen to harvest enough catch.

His latest declaration that he will send naval ships if China starts digging for oil—since this “is not part of our agreement”—is a false assertion of the country’s sovereignty and patrimony. The threat is a weak feign in the face of the Philippines’ actual loss of sovereignty in its territory amid aggressive stance of China in annexing control of seas and marine resources within the country’s EEZ.

Over the past few years, Duterte has kowtowed to China by setting aside the Philippine’s claims under the UNCLOS as recognized by the International Arbitral Tribunal in its 2016 judgement. Thus, with Duterte’s acquiescence, and in exchange for promised loans, private deals and political support, China has reclaimed land and constructed large military facilities within the country’s territorial seas, strengthening its foothold and eroding Philippine sovereign rights.

Duterte misleads the people by justifying his failure to put into a place a more comprehensive plan to defend Philippine sovereignty by claiming that not even the United Nations can order China to withdraw its forces from the West Philippine Sea. He covers up the fact that he has refused to carry out a more aggressive international diplomatic and political campaign, as well as military preparations, to actually defend Philippine sovereignty.

Cowering to the Chinese imperialist bully, Duterte practically admits defeat even before putting up a genuine fight for the country’s rights. It is thus, fully justified, that the Filipino people demand his ouster or resignation. He is a national shame. Lapulapu would surely have him executed with traitors like Humabon.