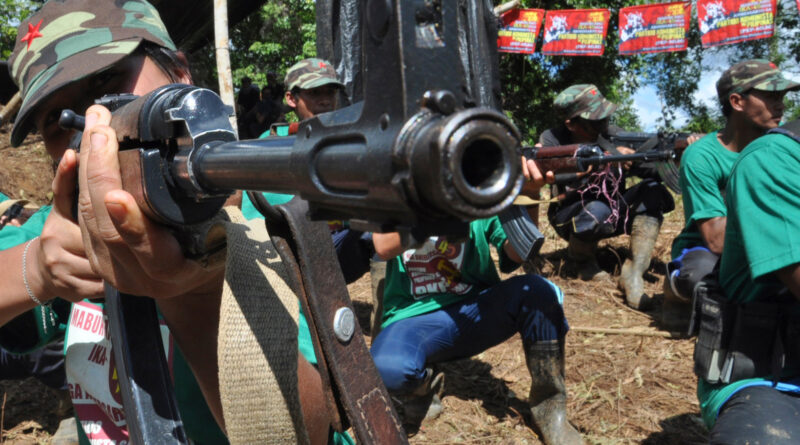 An ambush was launched by the NPA under the Armando Sumayang Jr Command against the intelligence operatives of Phil. Army on April 3, 2021, past 2:00 pm in Sitio Cambaga, Brgy Yaoyao, Cauayan Negros Occidental. The dead were Sgt Jhoem Meguillo and Cpl Alester Balboa. The NPA seized a 45. cal firearm, a 9mm glock pistol and IDs proving they were intelligence operatives even converted into legitimate military targets.

This incident was followed, by an encounter that occurred past 3:00 pm between the 15th IB Phil. Army and members of the NPA where the 15th IB sustained casualties-four Killed-In-Action and wounded while no one was killed or wounded on the side of the NPA.

Despite the extensive military operation launched by the 303rd brigade with the aim of destroying the revolutionary force established in Cauayan, Hinobaan, Ilog, Candoni, Kabankalan and Sipalay or CHICKS area, the NPA has successfully launched a tactical offensive to punish the aggressive Intel operatives spreading panic among the people in the area.

The successful tactical offensive launched by the NPA was achieved due to the support of the broad population. Their tireless participation is the assurance of the continued existence, intensification and invasion of the armed struggle. No matter what threats and killings the fascist military makes with the blessing of the tyrannical US-Duterte regime, it will not be able to stop and destroy the people’s just struggle. The worsening crisis of the semicolonial and semifeudal system is to awaken and motivate all classes and sectors to participate for change and attain true freedom.

It is said that the military is very dissatisfied with the rule of the tyrannical US-Duterte regime but there is nothing they can do because their livelihood depends on it. We understand your situation, so anyone who wants to get in touch, we are open to talk and make arrangements for our cooperation. Just like others in your ranks do, secretly interact, communicate and support in various forms. Let us continue this and unite for the benefit of the broad masses.

Unite With The Broad Masses And Support The Armed Struggle!