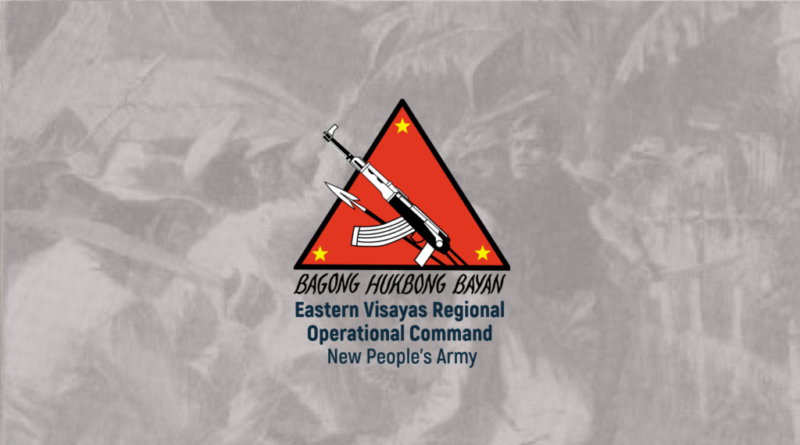 The New People’s Army in Eastern Visayas today lambasted the Armed Forces of the Philippines after its troops exhumed and published pictures of the remains of an NPA commander who was martyred in an encounter in Leyte six years ago, in violation of international humanitarian law.

“What else can we expect from the AFP whose troops throughout the country have been desecrating and showing off as ‘war trophies’ the remains of NPA fighters, including Rona Jane “Ka Amir” Manalo and Andrea “Ka Naya” Rosal in Palawan, Jevilyn “Ka Reb” Cullamat in Surigao del Sur, and Justine “Ka Aira” Bautista in Cagayan Valley?” Manuel said.

“In these cases, the soldiers took pictures of their remains and brandished them without any remorse or respect for the dead. They cannot afford their adversaries to let them rest in dignity and peace. These acts which are bereft of basic human morality are unsurprising given the mercenary, fascist, and immoral institution that is the AFP.”

Ka Rawin came from a family of known revolutionaries and martyrs. In his youth he was subjected to government surveillance and had to assume the name “Eleazar Sabidales” to attend school. Following his parents’ and siblings’ footsteps, he eventually joined the NPA and would become commander of the front guerrilla unit in Leyte until his death. He was also a member of the Leyte Island Party Committee.

His comrades recognized him as a well-rounded Party cadre and military commander. He was militant, disciplined, courageous, politically sharp and easily got along with Red fighters and the masses. When government troops raided their unit in 2016, Ka Sangay bravely fought off enemy forces and let his comrades retreat to safer ground. His comrades returned to retrieve his body not long after to give him a proper burial. Members of his immediate family were also promptly notified.

“Oliveros and the AFP should stop spitting their poisonous lies and disrespecting Ka Rawin’s memory. His life and selfless sacrifice carry far greater weight than their dirty war. The revolutionary movement and the entire Filipino people are forever indebted to Ka Rawin and all revolutionary martyrs, and give them the highest honors for their wholehearted service to the people,” Manuel asserted.

The NPA-EMC spokesperson called on the Commission on Human Rights, rights-based organizations and the Filipino people to express their indignation against what he called “an epidemic of disrespecting and trophying the dead” among the Duterte regime’s troops.

He called for Oliveros of the 802nd IBde and all other military officers who commanded the exhumation and brandishing of Ka Sangay’s remains to be held criminally accountable for violating international humanitarian law and the AFP’s own Code of Conduct.