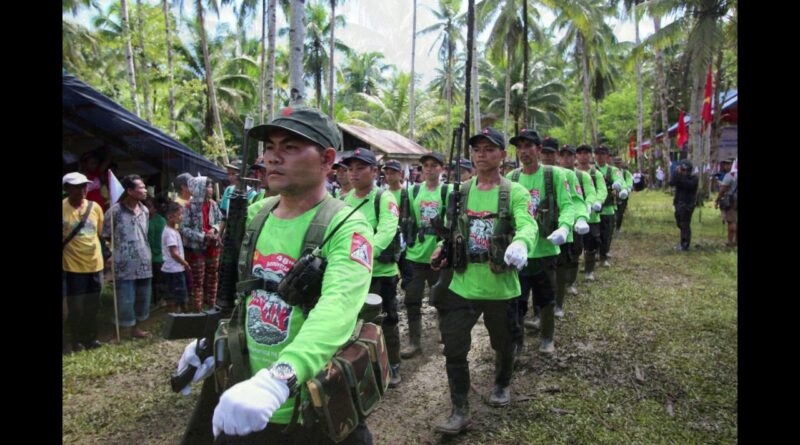 It is no wonder that terrorists and torturers like Duterte are desperate to call on the civilian population to take up arms. The trembling of his knees in the face of the growing armed resistance of the people is very obvious. But, there is no need to motivate the people to take up arms. For centuries they have been doing this and using it to defend themselves – only, not to serve the ruling class, if not to advance their just war. The people are holding on to their weapons to destroy the current system and build a new one that will truly serve them.

The people will never choose to be part of a bloody war and harm their fellow man. Why would they help those who killed their relatives? They have repeatedly witnessed bloodshed and human rights abuses caused by the war on drugs, lockdowns and other military and police operations and injustice. The people will never waste their lives and energy to defend a state that has squeezed their sweat and blood for the enrichment and power strengthening of the few.

But there is a good reason for the people to take up arms. For more than five decades, they have supported and participated in the people’s war because it gives them the strength to defend themselves from their real enemy-the puppet representatives of the ruling class like Duterte and the entire machinery of the fascist state: the big landlords, comprador bourgeoisie and imperialist powers. They are consciously, willingly and decisively armed for the people’s democratic revolution because they are ready to promote and defend the democratic interests of themselves and their fellow oppressed and exploited. This gives superiority and strength to the revolutionary war waged by the CPP-NPA-NDFP compared to the war waged by the AFP-PNP-CAFGU against the people.

The people’s support for people’s war will continue to strengthen and expand as long as the conditions that drive their revolution exist-the relentless oppression and exploitation under the semicolonial and semifeudal system of society. For the advancement and victory of the people’s war, the commanders and fighters of the RJC-NPA Bicol will become even better in practicing guerrilla tactics and upholding the NPA’s iron discipline.

The RJC-NPA Bicol encourages anyone who is of legal age, in good health and mind and willing to serve the people to take up arms and be part of the people’s just and just war. Red army units and guerrilla zones are open even to AFP-PNP-CAFGU elements who are ready to reshape and truly fulfill their vow to defend the people.

Together, the people will end and hold Duterte accountable for his tyrannical rule. Together, they will take up arms to achieve justice and freedom.