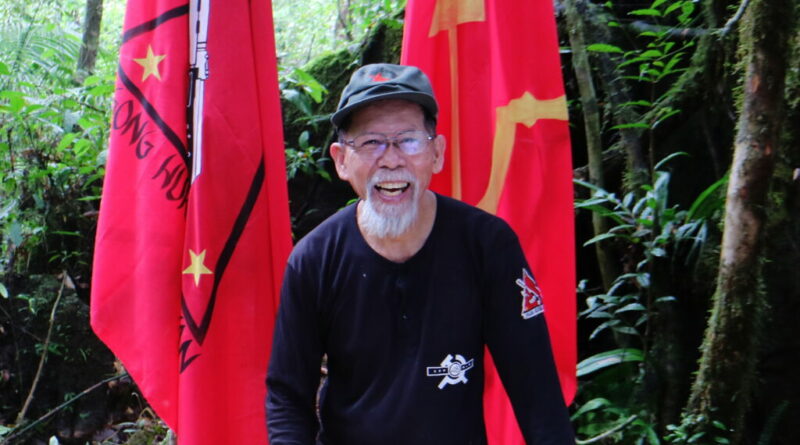 Comrade Ka Oris (Jorge Madlos), spokesperson of the New People’s Army (NPA), was not killed in an armed encounter. He was ambushed on the road between Impasug-ong town proper & the national highway at 8 pm on Oct 29. He and his medical aide were riding a motorcycle on their way to seek medical treatment. This is according to his wife Ka Maria Malaya.

Ka Oris and aide Eighfel Dela Peña (Ka Pika) were both unarmed when ambushed. Whether they were ambushed while moving or were accosted and thereafter executed is still unclear. Clearly, however, they were not in a position to give battle or fight back and were murdered in cold-blood.

To conceal their crime of murdering unarmed revolutionaries and create a false picture of an armed encounter, the 4th ID staged aerial strikes four hours later in the vicinity of Barangay Dumalaguing, Impasug-ong, Bukidnon province. For around two hours, from 12:40 a.m. to past 2 a.m. the AFP dropped at least six large bombs, fired dozens of rockets and strafed the mountainside shattering the peace and causing fear and panic among the people. They then issued a fat lie claiming of an armed encounter at 11 am (10 hours later) where Ka Oris and Ka Pica were supposedly killed.

Since last night, Gen. Brawner of the 4th ID and other AFP officers shamelessly faced the media. They brazenly wove one lie after another in an attempt to fool the people. They are utterly dishonorable officers for propagating false information. We hold Gen. Brawner and the men and officers of the 403 IBde responsible for the murder of Ka Oris and Ka Pica and its coverup.

Given the circumstances, the families of Ka Oris and Ka Pika are in a position to demand that independent pathologists perform an autopsy on the bodies of the victims to determine the actual circumstances of their killing.

We also support the wishes of the families to have the bodies of Ka Oris and Ka Pika be immediately released to them in order for them to conduct a proper wake and give all those who knew Ka Oris the opportunity to pay their last respects.

Ka Oris had long wished to return to Siargao Island where he grew up as a boy. Perhaps, his wish could be fulfilled.