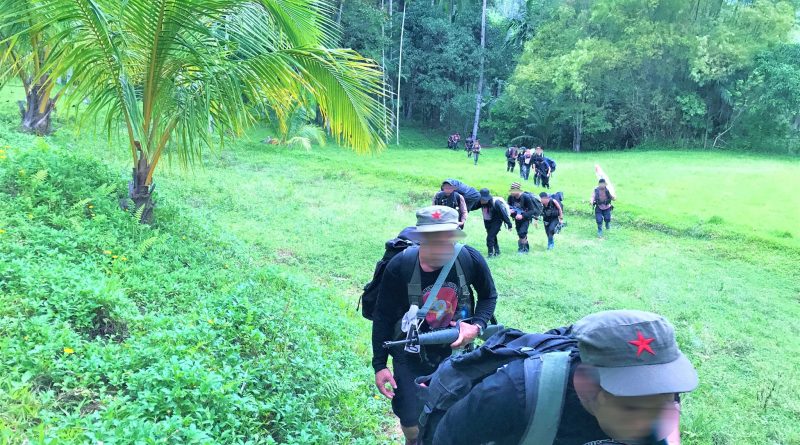 The New People’s Army – Apolinario Gatmaitan Command firmly salutes with the highest revolutionary fervor Ka Dennis, Ka Leo, Ka Joy, Ka Jabar, and Ka Raymond for their dauntless sacrifice. The 5-man team was raided in a household by combined elements of the 11th IB, 94th IB, and the Regional Mobile Force Battalion with almost 100 personnel in Sitio Talingting, Barangay Luyang, Mabinay, Negros Oriental on June 18th at around 1 AM. Their valiant deed will resound and will serve as further inspiration for the masses and the comrades to wage ceaselessly and tirelessly the national democratic revolution to greater heights until victory.

It is normal for a revolution to be bloody; the New People’s Army is fearless in facing sacrifice even at the risk of their own lives, as that pain is a thousand times more worth it than apathetically enduring the pain in this semi-colonial and semi-feudal country. As Chairman Mao Zedong puts it, their deaths are as heavy as of the tallest of mountains as their blood will trickle down the grassroots and blossom into thousands more of red fighters.

Certainly, the AFP-PNP will misnomer this as their victory and hardheadedly insist that the revolution is weakening. But the just revolutionary war led by the Communist Party of the Philippines will only gain more ground as Duterte and his tyranny has recruited the broadest united front against state terrorism. They themselves are the number 1 recruiter for the NPA.

What the ruling class has failed to understand is that the 51 years of the revolution is not an effort of a few people but by the millions that they force to revolt because of exploitation most evident in the rural peasantry. The breeding ground of the people’s war is the chronic illness brought about by imperialism, local feudalism and bureaucrat capitalism. Injustice begets resistance; and the worsening greed of will only dig its own grave as the people’s army will undoubtedly flourish. ###