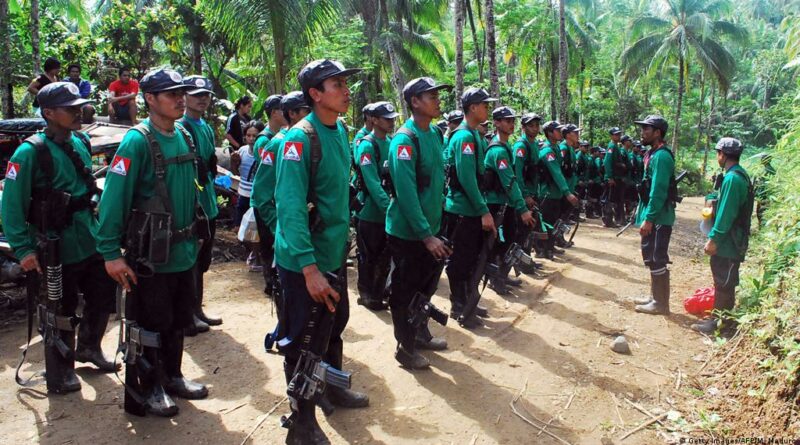 The Bicolano masses rejoiced once again with the recent tactical offensives launched by the NPA in the region. Last February 1, a unit of the Nerissa San Juan Command BHB-Catanduanes ambushed a team of San Miguel MPS and Catanduanes 1st PMFC intelligence operatives in So. Tucao, Brgy. GMA, San Miguel. The NPA seized two cal. 38 and one Beretta 9mm firearms and other military equipment. The team leader of the said unit, Police Sr. MSgt. Johnny Tiston was also killed.

Last January 28, three were killed while five were wounded in a successful ambush launched by the Jose Rapsing Command – NPA Masbate against 12 elements of the reactionary government’s armed troops in Brgy. Recodo, municipality of Cawayan in Masbate province.

Meanwhile, on January 23, a unit of the Tomas Pilapil Command BHB-East Camarines Sur attacked a team of the 83rd IBPA-Charlie Coy in Brgy. Pinamihagan, Lagonoy. They were able to seize a military pack containing 10 power banks and other military items. Two elements of the enemy force were also wounded during the offensive.

Last December, eight tactical offensives were also successfully launched by units of Celso Minguez Command-BHB Sorsogon, Santos Binamera Command-BHB Albay and Jose Rapsing Command-BHB Masbate in the towns of Daraga, Camalig and Legazpi City of Albay province, Pilar town in Sorsogon province and Esperanza town in Masbate province. These victories of the NPA belie enemy declarations that the revolutionary movement in Bicol has been crushed. The military just ended up proliferating fake news and launching grand pursuit operation after grand operation that the NPA has consistently been foiling.

With the Catanduanes ambush, the enemy force willfully disseminated false and constantly changing information in a bid to divest the NPA of political gains. There’s a bogus and ludicrous story that PSMSgt. Tiston’s remains were mounted on a motorcycle and was paraded all throughout the barrio. Another story claims that comrades abducted three of the fleeing policemen. These are rabid lies fed to the public in an attempt to besmirch the NPA’s excellent record in respecting the laws of warfare and human rights. It is clear for the masses that it is the murderous AFP-PNP, not the NPA, who threaten their lives and livelihood.

In fact, what befuddles the public is why were these police operatives carrying cal. 38 firearms when these are not the standard issue for the police force. It is not farfetched that comrades were able to apprehend these policemen on their way to their next kill under the veil of nanlaban-patay modus operandi and that those firearms were to be used as planted evidence against the victim just as they have repeatedly done in the past.

Meanwhile in the Lagonoy offensive, ironically, though the military were claiming that they have successfully eradicated NPA presence, they still felt the need to order the rapid deployment of two attack helicopters as support force. An hour of Black hawk helicopter flight, commonly used by the Joint Task Force Bicolandia for their aerial missions, costs a staggering average of P238,524.

In the end, no matter the amount of money or the means that these murderers employ, they can never stop the people’s resolve to fight and defend their class interests. They shall only be repeatedly defeated by the NPA and the exploited and oppressed masses. They must remember the laws of warfare and the lessons gleaned from the innumerable experiences around the globe – that the people, not objects, is the decisive force in any war. As long as the enemies of the people remain on the other side of justice and the common good, they can never expect to win.