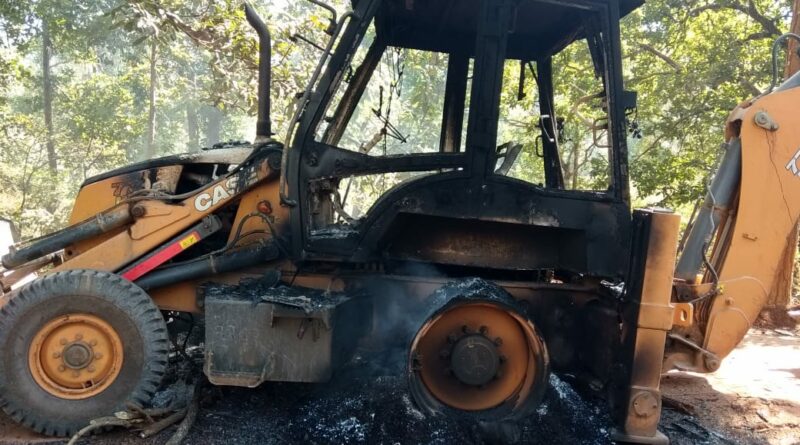 Kandhamal District, February 8, 2022: A squad of cadres belonging to the CPI (Maoist) carried out a raid on a road construction site in Odisha’s Kandhamal district in protest against the upcoming three-tier panchayat elections in the state, police said on Tuesday.

The incident took place at Kiamunda village under the jurisdiction of Phiringia Police station on Monday night.

The construction work was being undertaken by a private company, said P Shyamsundar Rao, the Inspector-in-Charge of Phiringia Police Station.

Police said the Maoists, suspected to be members of the Kalahandi-Kandhamal-Boudh-Nayagarh (KKBN) division of the CPI (Maoist), reached the construction site around midnight and torched two pieces of equipment being used in the project.

Some hand-written Maoist posters were also spotted at the scene, with an appeal to the villagers to boycott the ensuing panchayat polls, in addition to demanding the withdrawal of CRPF camps in the area and the district, and adequate payment of wages to laborers, Rao said.

The panchayat polls will be held in five phases between February 16 and February 24.