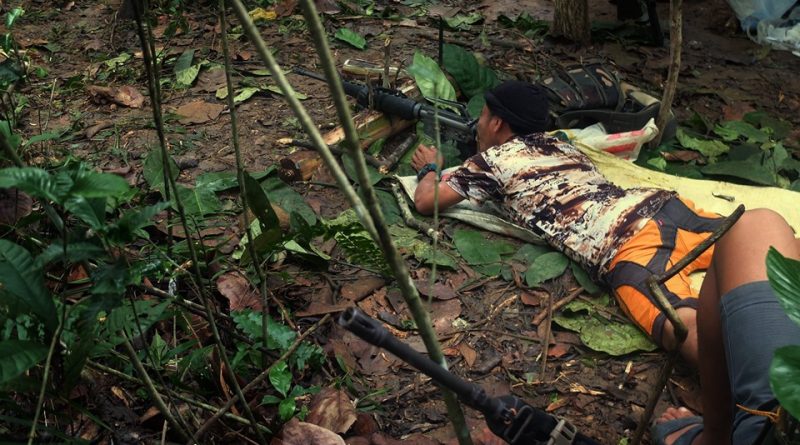 The 79th IB gained only great frustration and heavy casualties among their ranks when a unit of the Roselyn Jean Pelle Command – New People’s Army (RJPC-NPA) foiled the enemy’s attempt to raid the NPA on May 15, 2019, around 6:00 in the morning in Sityo Puting Tubig, Brgy. Minautok, Calatrava town.

Based on initial information gathered by the RJPC-NPA from the masses in the area, no less than (7) enemy troopers were Killed In Action or KIA and many others were wounded.

Meanwhile, the NPA decisively and successfully countered the raid of the 79th IB and safely withdrew through the support of the masses and the people.

The Red fighters did not incur any casuaties–no one was killed and not even one was wounded among the NPA in the 30-minute firefight.

Gen. Benedict Arevalo of the 303rd Brigade can only spew lies and deception with their declaration that there were fatalities and wounded NPA fighters in order to cover up the truth that they suffered heavy casualties in their humiliating attack against the Red fighters of the RJPC-NPA. The 79th IB cannot even present one firearm or dead body to the media because they failed to deal any serious damage to the NPA.

The morale and principles of every Red fighter was not affected by the attack of the fascist troops of the 79th IBPA–they are ever determined to advance the people’s armed struggle. The revolutionary movement continues to strengthen and broaden to serve the toiling masses.

The RJPC calls on ordinary soldiers used as pawns in war and not even recognized for sacrificing their lives, to abandon the mercenary orientation of rotten military officials and the faltering US-Duterte regime.

The RJPC-NPA calls on the people to unite in facing and frustrating de facto Martial Law in Negros Island. The NPA is ever ready to serve and defend the masses of the oppressed and exploited.