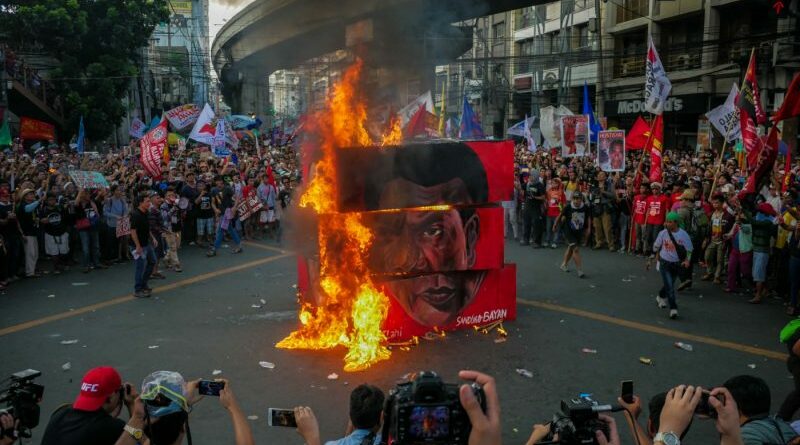 Duterte may escape the trial of the International Criminal Court (ICC) or any other court of the reactionary system, but he will never escape his responsibility to the Filipino people. The revolutionary movement will ensure that he pays for all his crimes against the people. Beyond the time he can hold in power or that of any of his foster politicians, the people will tirelessly fight for justice for all their fellow poor killed, oppressed and exploited by the fascist state.

Like previous dictators and fascists, the people will not simply forgive and ignore Duterte’s terrorism. The people’s resolve to demand justice for all those killed and tortured by the Marcos dictatorship, those captured and forcibly abducted by Arroyo and Palparan, massacred farmers by the Aquino family and communities evicted and destroyed by giants has never faded.

The people are aware that they cannot find justice in the reactionary system. Their support for the armed struggle grows stronger and continues because in the revolution they found the hope of enjoying justice and independence. In areas where the New People’s Army is operating and in villages where the seeds of a people’s democratic government are already underway, the revolutionary movement is the people’s backbone to resolve their issues – from small problems in their communities to the filing of big cases to the people’s courts to bring justice to their fellow villagers who were raped by the executioners.

On the part of the Red army, every tactical offensive is a step towards giving justice to those oppressed and exploited by the fascist state. In March, the Armando Catapia Command (ACC-NPA Camarines Norte) raid targeted the very police unit that conducted the bloody Synchronized Anti-Criminality and Law Enforcement Operations (SACLEO) in February that left eight dead including Brgy. Kgwd. Melandro Verzo and Brgy. Capt. Geoffrey Castillo.

The huge mining and quarrying companies that were punished and targeted by the NPA’s demolition actions in Albay and Camarines Sur are the companies that the masses have long complained about for their extremely destructive operations on the lives and livelihoods of the surrounding villages. The NPA always considers in every action its political contribution to the people’s struggle.

The Romulo Jallores Command (RJC-NPA Bicol) pays tribute to the Filipino people for their relentless struggle for justice. They proved that even the worst dictator like Duterte will not budge. Their strength and determination to fight and liberate is the source of the NPA’s strength and inspiration in advancing and winning the people’s war.