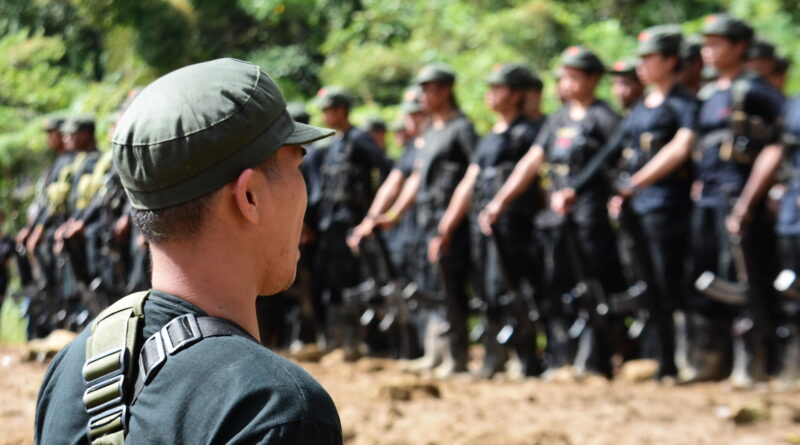 The NPAs were supposed to carry out only disarmament but the shooting took place when its armed guards resisted.

One of the dead was an ex-CAFGU Edwin Daraman, an adult resident of Brgy. San Roque, Madrid, SDS and another wounded was one of the former CAFGU Melvin Buniel who was still receiving first aid by medical revolutionaries, who were both residents of the said area.

In addition to those killed and wounded was an active CAFGU identified as Mr. Tangkaag.

Equipment consisting of 2 backhoes and a roller was immediately burned.

After the incident the NPA-SDS ambushed the responding police force riding in the patrol car. The NPAs exchanged fire with the police for 2 minutes.

At the same time, the NPA once again harassed the standby personnel of the Regional Mobile Group or (RMG).

It is learned that Paulo Lopez, a brother-in-law of Congressman Butch Pichay in the said province, is in charge of running and managing MR1 Construction and its senior officers of the fascist Armed Forces of the Philippines and Philippine National Police.

The attack lasted for 5 minutes.

The successful raid launched by the NPA showed the ever-expanding support of the masses, contrary to the claims of the AFP and PNP that the people allegedly declared persona non grata the revolutionary movement in the municipality and the entire Caraga region.

The attack was launched as a punishment for the violation of actively pursuing or destroying the revolutionary movement. One of the guilty parties was Surigao del Sur Congressman Butch Pichay’s extra reward for anyone who could arrest and kill key NPA leaders.

The NPAs were able to withdraw safely after the raid.