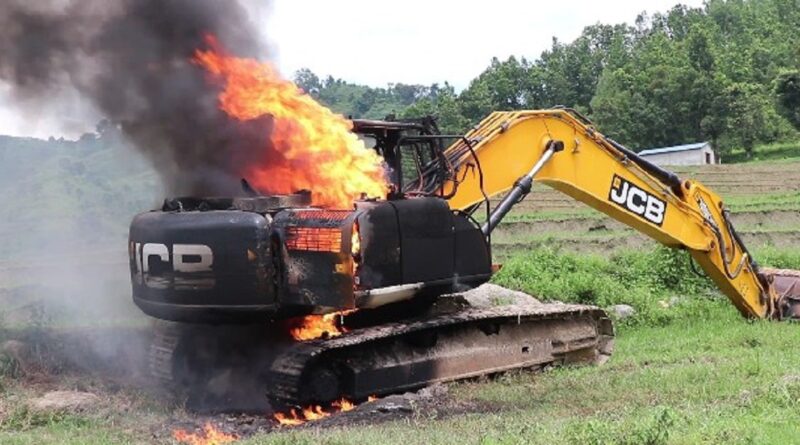 NUWAKOT: Cadres of the Netra Bikram Chand-led Communist Party of Nepal set an excavator on fire in Nuwakot district.

The party is alleged to have taken the action against a people’s representative in the district.

The excavator was being operated by Rajendra Tamang of Belkotgadhi municipality-13.

According to Tamang, the incident happened on Saturday night and the fire caused the loss of around Rs 2 million as it partially damaged the vehicle.

In a letter dropped by the party at the site, it accused Tamang of illegal mining, indulging in unethical deeds in the society, spying against the party and giving unnecessary trouble to the people and the excavator was set ablaze as an action for Tamang’s ‘wrong doings’, police said.

It has demanded the chair for taking its responsibility and apology from her or face an action.