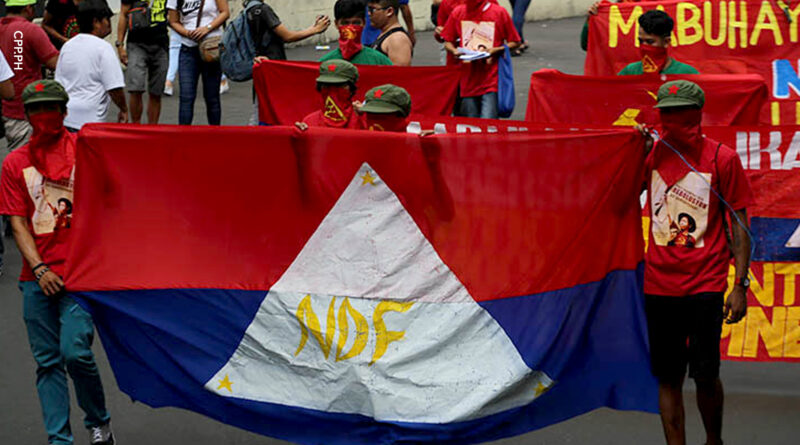 National Democratic Front (NDF) – Negros slammed the 94th Infantry Battalion (94IB) of the Philippine Army for subjecting Floreta “Ka Kelly” Ceballos to brutal torture and then “salvaging” her and her companion, Wilfredo Fuentes, before the military declared the two as casualties in a fake encounter between the Army and New People’s Army (NPA) in the hinterlands of Himamaylan City, Negros Occidental province last December 14.

According to Ka Bayani Obrero, NDF-Negros spokesperson, they received reports that the body of Ceballos sustained neck trauma, stab wounds in the chest and lacerations to her arms. Fuentes’ remains also showed signs of torture.

Obrero said Ka Kelly and Fuentes were abducted by 94IB elements while on their way to Kabankalan City last December 9. Their capture was estimated around 4:00 in the afternoon, the last time her comrades were in contact with her.

“She was in the hands of a bloodthirsty and merciless enemy for three to five days,” Obrero said, “we could not imagine the torture she went through based on her wounds.”

The NDF spokesperson added that Ka Kelly was a responsible Party cadre who have always been courageous and daring in performing her revolutionary tasks despite the risks and hardships.

“She would not have budged, not even an inch, under enemy interrogation,” Obrero remarked.

He added that Ka Kelly earned the enemy’s ire for defending the rights of peasants to till against despotic landlords, helping families and victims of human rights violations and extrajudicial killings in South Negros to seek justice and successfully broadening the support for the revolutionary movement, reaching even the upper class of Negros.

Obrero confirmed that Ka Kelly was a sister of peasant leader Alexander Ceballos, the first of more that a hundred cases of extrajudicial killings in Negros Island under Duterte regime.

“Not in anyway with the capacity to fight, Ka Kelly should have been entitled to respect for her life, dignity, human rights, political convictions and moral and physical integrity. She should have been treated humanely,” Magbanua stated.