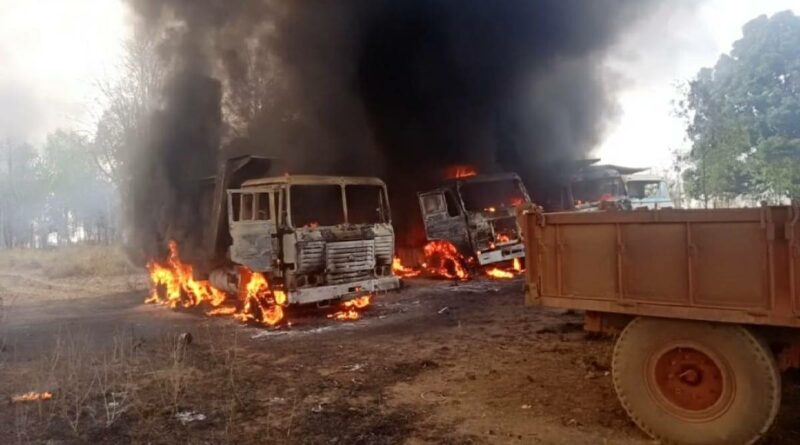 The vehicles and equipment were parked by the contractor at the village located near the road construction site, where no work is taking place at present, an official said.

The incident occurred in Maatlab village under Amabeda police station limits, but no one was hurt, the official said.

A squad of armed Naxalites stormed the village and set afire the vehicles and equipment, including a mixture machine, a JCB (excavator), tractor and a water tanker, he said, citing preliminary information.

A police team reached the spot and launched an operation to trace the Naxals, the official added.