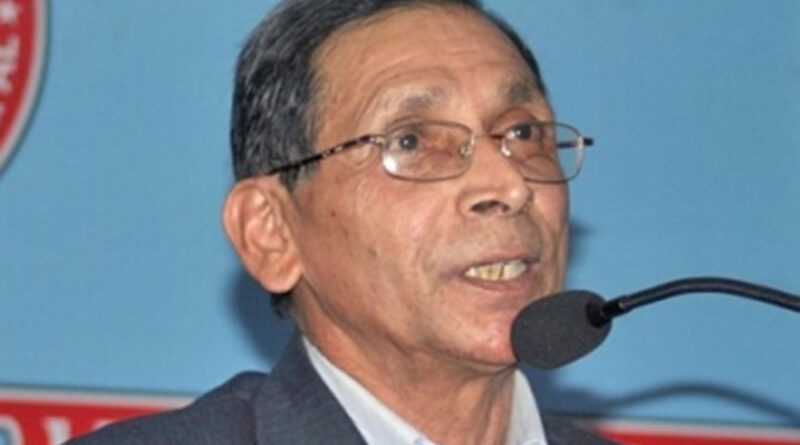 Kathmandu, July 23, 2021: Mohan Baidya ‘Kiran’, Chairman of the Communist Party of Nepal (Revolutionary Maoist), has called upon CPN-Maoist Center Chairman Puspa Kamal Dahal ‘Prachanda’ and CPN-UML senior leader Madhav Kumar Nepal to give up their greed for power and position and work for the benefit of the Communist movement and the Nepalese people.

Speaking in Kathmandu at a program organized to mark the 43rd Puspalal Memorial Day, Baidya urged the mainstream Communist leaders either to unite the revolutionary parties to change the political course or to take the Communist parties together for national interest.

“Oli’s working style seems to be second to none in the world. He talked about ships and trains, but his work style is stuck in position and prestige.”

“Does the train come with such wisdom?” Chairman Baidya said, “Friends who go to the parliament, let’s unite and make everyone a revolutionary. If that is not possible, let’s coordinate between the government, the parliament and the Communists on the streets.”

Hailing that the movement felt derailed due to corruption and greed for power, senior Communist leader Baidya suggested Prachanda and Nepal to give up their greed for the post of Prime Minister.