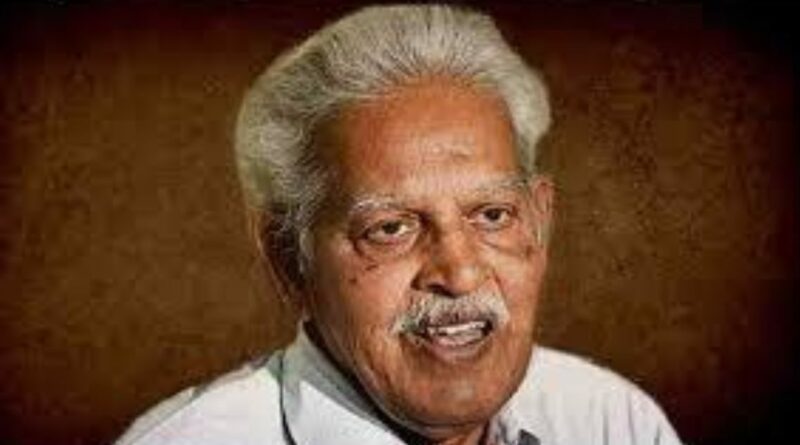 Bangalore Urban District, March 24, 2022: The State Government has told the High Court of Karnataka that it will not arrest Telugu poet and political prisoner Varavara Rao, 82, based on a non-bailable warrant (NBW) issued by a court in Madhugiri for his appearance in a 2005 Naxal attack case, till permission is sought from a court in Mumbai.

This undertaking was given before the High Court during the hearing of a petition, in which Mr. Rao had questioned the February 11, 2022, order of the Madhugiri sessions court, which had not only rejected his plea for recalling the NBW issued earlier but had also issued a fresh NBW against him while imposing a cost of ₹25,000.

It was contended on behalf of Mr. Rao that he was not able to appear before the Madhugiri court as the Bombay High Court had imposed a condition on him not to leave the jurisdiction of the special court for National Investigation Agency cases, Mumbai. Mr. Rao was given conditional bail by the Bombay High Court for medical treatment in Bhima-Koregaon case.

Justice M. Nagaprasanna disposed of Mr. Rao’s petition as the Special Public Prosecutor has said the State police would move either the Bombay High Court or the NIA court in Mumbai seeking relaxation of bail conditions for producing him before Madhugiri court for facing the trial in the Naxal attack case.

Mr. Rao is at present staying in Mumbai complying with the condition imposed by the Bombay High Court.

He is accused number 12 in the Naxal attack case, in which seven people, including six Karnataka State Reserve Police (KSRP) personnel, were killed at Venkatammanahalli, Pavagada taluk. The KSRP battalion was camping in the area when Naxals attacked on February 10, 2005.