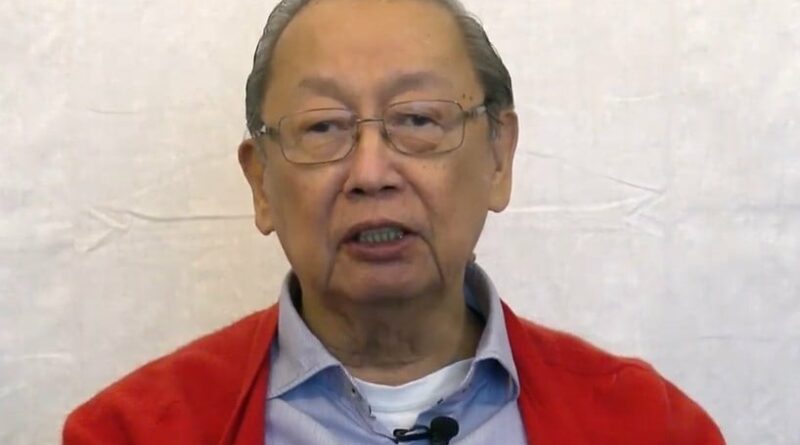 Like all previous electoral exercises staged within the framework of the semicolonial and semifeudal ruling system, the 2022 elections administered by the Duterte regime are intended to conjure the illusion that the people are democratically choosing their own political leaders from among agents of the foreign monopoly capitalists and the local exploiting classes of big compradors, landlords and corrupt bureaucrats.

In general, the major senatorial candidates are political agents of foreign monopoly interests and local reactionary classes, with the exception of a few who have excelled in their professions and in speaking and acting in favor of the oppressed and exploited. The former clear-cut status of the “pink” presidential candidate as opposition is now decreased by the exclusion of Neri Colmenares from her senatorial slate and the inclusion of longtime Duterte loyalists.

There are definitely some national slates of candidates that present themselves as independent of rather than in opposition to the Duterte regime and its own national slate of candidates. Duterte propagandists themselves have admitted that these “non-opposition independents” have been hired to split the vote of the opposition and facilitate the rigging of the elections in exchange for appointments in a renewed Duterte regime.

The representatives of the lower middle class and the toiling masses of workers and peasants who run as candidates at the national level are so few. They are under the banner of the Makabayan Coalition. This bloc of party list groups has the biggest and strongest campaign machinery of volunteer campaigners from the best organized legal democratic forces of the broad masses of the people. But they lack the funds for TV and radio ads and are now being targeted by the anti-communist campaign of state terrorism by the regime and its fascist arm, the National Task Force-ELCAC.

The NTF-ELCAC and other ultra-reactionary forces are pressuring the parties and groups of the conservative opposition to exclude from their slates of candidates the Makabayan Coalition candidates and thus to undermine the urgently needed broad united front against the Duterte tyranny. Any success of the Duterte regime in this regard can only further convince the broad masses of the people that there can be no change for the better through the elections in 2022.

While the Duterte regime gains immediately from any narrowing of what ought to be a broad anti-fascist united front, a great number of the best and brightest of the patriotic and progressive intelligentsia are driven to join the legal mass movement of the patriotic and democratic forces and the people’s democratic revolution as the most effective way towards the defeat of the unjust ruling system and the ultimate victory of the people’s struggle for national and social liberation.

As of now, it is reasonable to expect the electoral victory of the national and local candidates that are credibly opposition because they stand out in exposing and condemning the grave crimes and anti-people policies and actions of the Duterte regime. But the elections in 2022 are not going to be clean and honest. The Duterte regime is determined to rig the 2022 elections by using its control of the reactionary armed forces and police, the Comelec and the electronic vote count.

The tyrant Duterte is on the way to making the pro-Duterte candidates win by fraud and terrorism. He is hell-bent on rigging the elections by way of protecting himself and his cohorts from charges of crimes against humanity before the International Criminal Court and probable charges of plunder before Philippine courts. With his accumulated power, he can even postpone the elections and proceed to rule by decree as Marcos did from the time he declared nationwide martial law in 1972.

At any rate, whoever wins the presidential derby, whether from the Duterte ruling clique or from the opposition, will inherit an economy that is bankrupt and extremely burdened by debt and a government that is challenged by the rising discontent of the broad masses of the people and by the various forms of struggle waged by the legal democratic forces and by the armed revolutionary movement.

It is of crucial importance that the enlightened sections and personages of the conservative opposition, the legal democratic forces and the forces of the people’s democratic revolution prepare for widespread and intensified struggles against any action taken by the Duterte ruling clique to stay in power and against the escalating conditions of oppression and exploitation during and after the electoral campaign period.

The chronic crisis of the ruling system continues to worsen rapidly. The broad masses of the people desire revolutionary change. They are sick and tired of false promises of political agents of the exploiting classes. The conditions for the further advance of the people’s democratic revolution are therefore more favorable than ever before, especially if the alliance of the Duterte and Marcos dynasties succeeds in using the 2022 elections to impose their reign of greed and terror on the people.