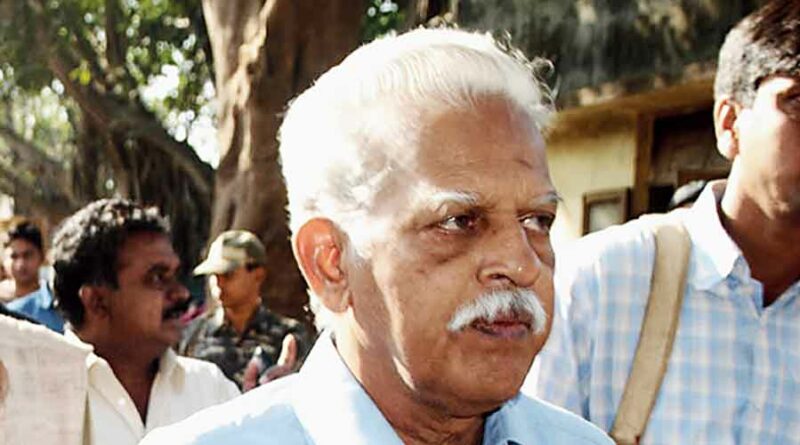 Mumbai, October 14, 2021: The Bombay high court on Thursday extended till October 28 the temporary bail granted to Telugu poet and political prisoner Varavara Rao, 80, an accused in the Elgar Parishad case. It granted Rao bail for six months on health grounds in February.

Rao, who was to return to Mumbai’s Taloja jail on September 5, filed a plea for the extension of the bail saying he has developed three new ailments. He cited a lack of proper medical facilities at the jail hospital while seeking the extension.

A division bench of justices Nitin Jamdar and Sarang Kotwal was unable to hear Rao’s application on Thursday due to paucity of time. It said the matter will be taken up for hearing on October 26 before extending the bail.

Rao submitted he has complied with all bail conditions and was living in Mumbai with his wife. He added he has been receiving treatment and has undergone medical check-ups. Rao said his reports indicate he has developed asymptomatic Parkinson’s disease and neurological ailments. He added as he is dependent on his pension, the February 22 bail order be modified to allow him to return to his home state of Telangana.