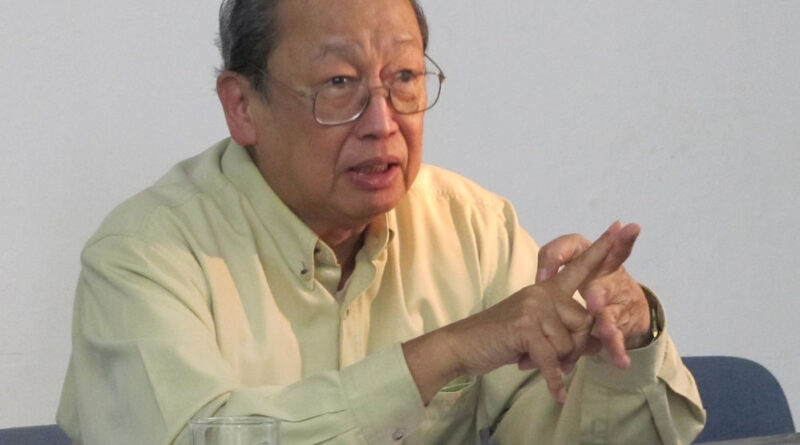 I intend to make a point-by-point comprehensive response to the final State of the National Address (SONA) of Duterte. But first let me make an immediate riposte to his big lie that he is succeeding at destroying the revolutionary movement of the Filipino people and that by implication he ought to be rewarded with a prolonged stay in power as vice president using his own daughter as stooge.

Duterte claims that 17,000 NPA fighters have surrendered and that 15 guerrilla fronts have been dismantles. Instantly, anyone can see that Duterte is lying because 17,000 is so many times the oft-repeated claim of the reactionary military that the NPA has only 2000 to 4000 fighters.

Duterte’s lie contradicts the recent statement of his national security adviser, Gen. Hermogenes Esperon, that the NPA continues to expand and has recruited several hundred new Red fighters in the first half of 2021 pushing its number to 4,000 in June from 3,700 in December 2020.

It is the notorious corrupt practice of the Duterte regime and its generals to invent and exaggerate the number of NPA fighters surrendering or being killed so that they can collect huge amounts of reward money for every ghost surrenderer and everyone listed as killed NPA fighter and so that they can demand more funds for the already overfunded military and police.

The latest claim of Duterte that he and armed minions have dismantled only 15 guerrilla fronts out of the more than 110 guerrilla fronts of the NPA belie their constant claim of being able to destroy the NPA. In guerrilla warfare conducted by the NPA, the reactionary army often conjure the illusion that it has destroyed a guerrilla unit that is merely retreating or shifting to gain a better position for a counter-offensive.

There can be nothing farther from the truth than the repeated claims of Duterte and his military and political agents that from year to year the Communist Party of the Philippines (CPP) and the New People’s Army (NPA) are on the way to total destruction.

In fact the terrible crimes of Duterte and the worsening economic and political crises have favored the growth and advance off the people’s war in an unprecedented way.
The persistent semicolonial and semifeudal character of Philippine society, with its chronic crisis, has caused and enabled the people’s democratic revolution through protracted people’s war by encircling the cities from the countryside.

The reactionaries, including their best strategists, often have the illusion that they are succeeding at defeating the armed revolution whenever the NPA retreats from the offensive of a superior military force or avoids being entrapped in any enemy campaign of encirclement.

Retreat and shifting are tactics of guerrilla warfare that allow the NPA to preserve itself and gain advantageous positions that enable it to launch tactical offensives on exterior lines with a concentrated strength against the most vulnerable points of the enemy forces.

At any rate, even in the course of retreating or shifting its main force, the NPA can still deploy ambush teams, demolition teams and snipers to inflict demoralizing blows on the advancing columns of the enemy.

And when the superior enemy force encamps, it exposes all its vulnerable parts, be it the undermanned command post, the dispersed detachments, perimeter posts and the patrol teams. The NPA can deliver precise blows to any of these and harass them to wear them down.

Another large fact that reactionaries do not perceive and appreciate is that the revolutionary armed struggle is integrated with the development of the local Party branches , the people’s militia ad self-defense units augmenting the NPA, the revolutionary mass organizations and the local organs of political power.

The main and essential point in waging the people’s war in the countryside is to avail of the wide area of maneuver, accumulate military and political strength and turn the countryside into a big graveyard of enemy combatants and local counterrevolutionaries.

The people and the revolutionary forces are happy that they are already building the people’ democratic government in the countryside even before the seizure of the cities from the counterrevolutionary state of the big compradors, landlords and bureaucrat capitalists.

The reactionaries fail to see that while the armed revolution does not yet have the strength, possibly battalions and regiments capable of seizing cities, it is wise and necessary to build the local organs of political power wave upon wave until the NPA can gain enough strength to seize the cities.

“Left opportunists arose in the 1980s to call for various sorts of urban insurrectionism only to end up in futility and desperation. They have been the subject of study, criticism and correction by the Second Great Rectification Movement.

It must be understood that the NPA has to develop its strength in the strategic defensive while it does not yet have the strength to be in the strategic stalemate and there are yet no conditions such as violent conflicts among the factions of the reactionary classes or a national war of liberation against a foreign aggressor.

There are yet no conditions in the Philippines such as when the Guomindang (GMD) was confronted by the Northern warlords in China and it became possible for the Communist Party of China (CPC) to have a united front with the GMD against the Northern warlords and participated in building the national revolutionary army with logistical support from the Soviet Union.

Despite the betrayal of the united front by Chiang Kaishek in 1927, the CPC could carry out the agrarian revolution until the Japanese aggression occurred from 1937 to 1945, necessitating one more united front between the CPC and the GMD and allowing the CPC and its Red Army to build their strength and be ready for the eventual civil war with the GMD from 1946 to 1949.

In the absence of certain conditions that favor rapid growth and advance, the NPA has to develop its strength accordingly, even if it takes so long just to multiply the platoons and companies in the strategic defensive in the most self-reliant way, without any foreign government giving aid to the NPA. That is what the CPP, NPA and the entire revolutionary movement of the people have accomplished in the last 52 years.

But with the US and China now engaged in a fierce economic competition, and political rivalry in East Asia, we can expect these two conflicting imperialist powers to favor conflicting factions of the reactionaries in the Philippines. These factions can graduate from electoral competition to armed conflicts, especially if Duterte destroys the game of musical chairs among the reactionary politicians with his own game of electoral fraud and state terrorism in the name of anti-communism and anti-terrorism.

It is also possible for any of the two imperialist powers to carry out aggression someday against the Filipino people and convert the civil war into a war of national liberation. The rapidly worsening crisis of the world capitalist system is causing the inter-imperialist contradictions to become sharper and more violent and to generate inter-imperialist wars by proxy or otherwise as well as conditions to further necessitate people’s war.