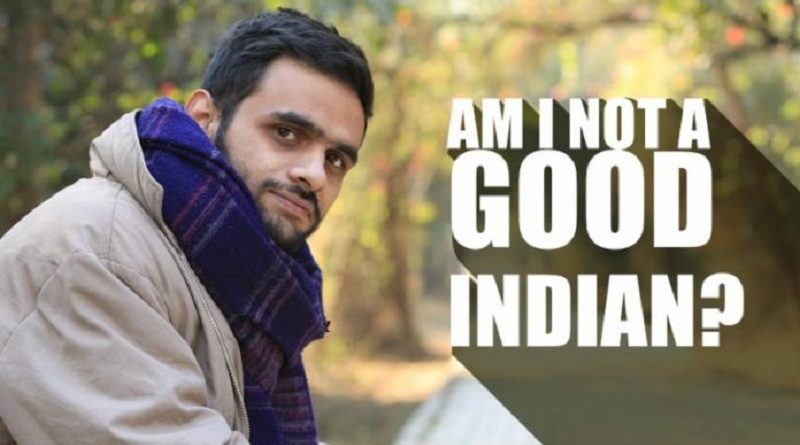 New Delhi : Umar Khalid, JNU Student Union Leader who was arrested on alleged sedition charges last year in the month of February and sent to jail for 4 weeks when a video clip alleged to be doctored appeared. He was later released on bail along with Anirban Bhattacharya and Kanhaiya Kumar after judges quoting they’re ‘highly educated’ graduates from ‘premier universities’ with no previous criminal records.

Umar is in news again after he was invited to Ramjas college for a speech which was forcibly stopped by ABVP students. A series of violent protests occurred in last few days in which several JNU students were beaten by ABVP students, 6 journalists were also injured in the violence which was instigated by ABVP leaders.

After all this Umar Khalid has now open up to talk on this controversy, while talking to The Quint he asked “I am Muslim, Am I Not a Good Indian?”. For the first time he has talked about his personal experience after being jailed on sedition charges, he said when he goes to cinema hall people call him `’Traitor’, auto rickshaws refuse to give him a ride, and much more. Has he really raised anti-India slogans or someone hatched the conspiracy to stop his real fight against casteism, oppression, corruption and Hindutva supremacist ideology?