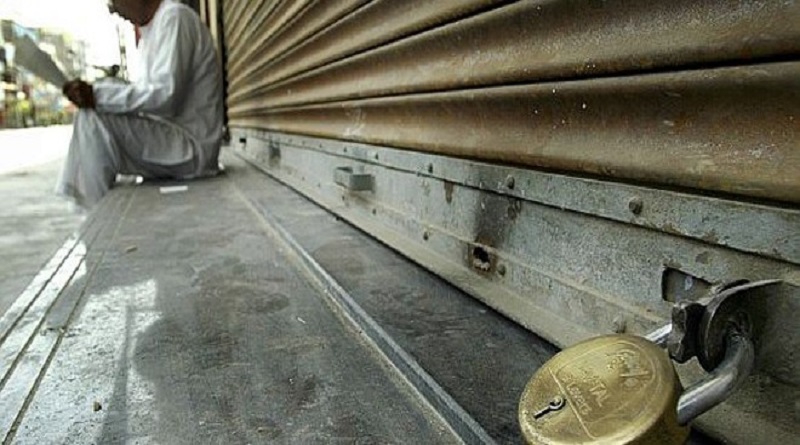 The sibling Telugu States of Telangana and Andhra Pradesh are on high alert, besides initiating unprecedented security arrangements in the wake of the bandh on November 3 called  by the Maoists in five states to protest against the killing of 31 Maoists in  gun battles on the Andhra – Odisha border on October 24.

Besides the two Telugu states,  the bandh is slated to be held in the naxalite infested states of Odisha, Maharashtra and Chattisgarh. It might be mentioned here that in the forest area of AOB  (Andhra-Odisha Border) last month end, there was a fierce exchange of fire between the Maoists and the police forces of AP and Odisha during a combing operation following a tip off that the Maoists were holding a secret plenary session. In the gun battle which lasted for many hours and continued for another two days, 31 Maoists were killed. Among the slain Maoists were eight women besides some important top Maoist leaders.

Some top leaders of Maoists including the elusive Ramakrishna alias RK, for whom the police have been desperately hunting for many years, are  considered to have escaped with injuries. Many Leftist and civil liberties  organizations have termed the incident as ‘fake encounter’ and have been demanding a thorough inquiry by a judicial commission. These organizations have also been claiming that the top Maoist leader RK has been captured by the police and under their custody. Expressing fears that RK might be eliminated by the police,  the civil liberties organizations besides RK’s wife Sirisha have moved the High Court of Hyderabad pleading that he be  produced before the court.

The High Court which has taken a serious view of the mystery surrounding the disappearance  of RK has directed the AP Government and the police to ensure that no harm is done to the Maoist leader ” if he is under police custody” and posted the case for further hearing for Thursday ( November 3 ). Meanwhile protesting against the alleged ” brutal killing of Maoists in fake encounter”, a bandh was called in the five states for tomorrow ( Thursday).

Thus keeping in view the bandh and also based on various inputs gathered from the encounter site and from the slain Maoists, the Telangana and AP police forces have taken unprecedented security measures in both the states. The police seemed to have recovered enough evidence pointing out the plans of the Maoists to target important leaders in both states. It is also claimed that the police managed to lay their hands on a hit list containing the names of important leaders like AP Chief Minister N. Chandrababu Naidu for attacking. In view of volatile situation enveloping following the killings of Maoists in AOB and gunning down of SIMI terrorists in MP, the Intelligence authorities including from the Centre, in order to avert any untoward incident have chalked out a comprehensive security measures  on the occasion of the Maoists Bandh.

Apart from the two Chief Ministers K. Chandrasekhara Rao and N. Chandrababu Naidu, the security agencies have issued strict advisory to all important leaders like ministers and legislators not to venture out to remote places. As a matter of fact in view of this advisory KCR who planned to stay in his farm house had to rush back to the state capital within an hour on Tuesday. The Telangana police have initiated extra security measures in the naxalite infected places like Adilabad, Asifabad, Mancherial, Jagtiyal, Peddapally, Karimnaar, Kothagudem and Khammam. Apart from increasing patrolling in the areas, the police have also erected check posts at important junctions and points and stepped up search operations of all vehicles.

It is also learnt that the Maoists have also launched their own combing operations in the forest area of AOB to trace their “missing leader” RK. Thus in view of the bandh and also the search operations of the Maoists, the police forces of the two Telugu states decided  not to leave anything to chance and  have initiated extra precautionary measures. (NSS).