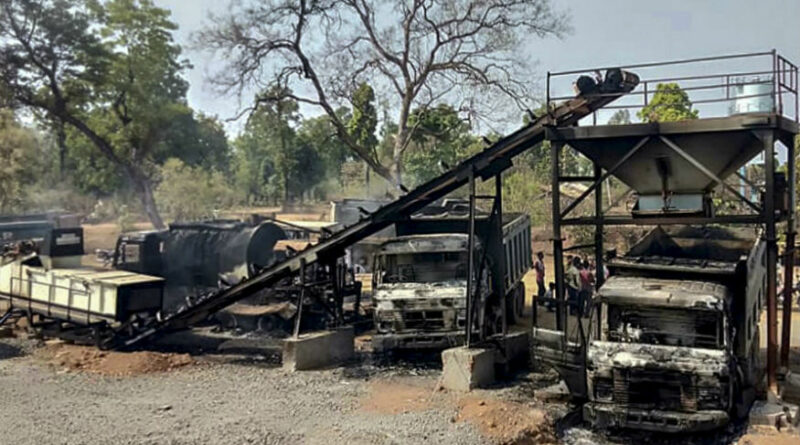 Bijapur District, December 16: The CPI (Maoist) have once again made their presence felt in the Malkangiri-Chhattisgarh border region. A squad of party cadres conducted a raid on a road construction site in Bijapur district where they set fire to six vehicles.  The raid was conducted near Alabada village. In the wake of the raid by the Maoists, police have tightened security in Malkangiri district.

Sources say that a squad of 10-12 armed cadres of the CPI (Maoist) arrived at the construction site and demanded that the workers cease work on the road. They forced the workers to leave the area, after which they set fire to the vehicles, including a tractor and water tanker. Before departing the area the Maoists left posters identifying themselves as members of the Malkangiri-Chhattisgarh division of the CPI (Maoist).

On being informed of the action, Bijapur police and security forces rushed to the spot. They have launched a combing operation in the area. However, they are moving cautiously as they fear the Maoists may have planted mines in the area.