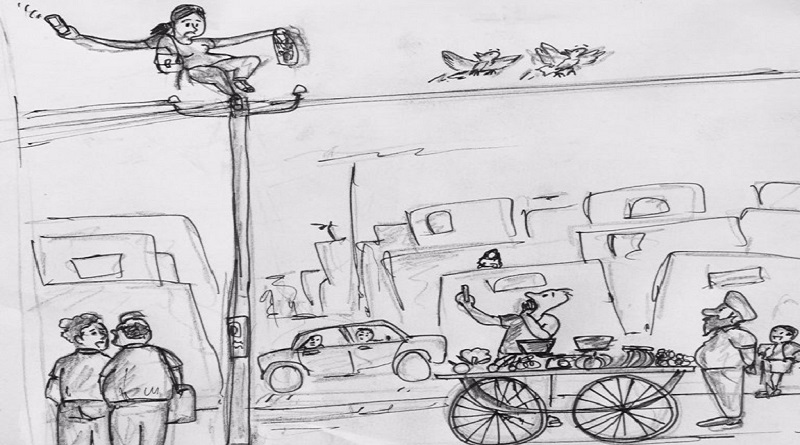 Prime Minister, in your speeches following the Demonetization announcement you have been talking about India moving to a cashless society. You are talking about India transforming into a state where every money transaction would be made through usage of technology such as Smart Phone, e-payments, Aadhaar cards. You have been trying to sell the dream that moving into this world would break the backbone of Black money. Prime minister, no body is against technology or the end of Black money. Technology is welcome to the extent it eases human effort and increases convenience. One of the promises on the basis of which you got voted was the issue of Black money. But the false dream you are trying to sell about the power of technology to transform is but unreal. You are going the Vajpayee way of a shining India. History only tells what happened later.

Prime Minister, it is not the digital revolution that India requires but the Social revolution. It is not the cashless-ness but the end of social lawless-ness that is required urgently. In the India that you are trying to build, forget cashless-ness, but social lawless-ness has definitely increased. We are seeing increasing incidents of deaths and physical harassments taking place in the name of cow protection and beef. We are increasingly witnessing the vigilante groups moving freely and harassing people – whether Dalits, Minorities in the name of protection of a culture, which you define as Hindutva. Intolerance has only grown. In the digital pathway that you are laying, you are also sowing the seeds of social lawless-ness at a rapid pace.

While on the one hand you talk of Digital Revolution and a Mars Abhiyan, on the other hand you revive outdated religious and social traditions, create fake science in the name of astrological sciences, create a superstitious Tantra-Mantra academy’s, rewrite history through communal interpretations, and create a fictitious science from the past based on mythological stories. You put an end to the scientific temper by introducing unscientific attitudes and people into the different institutions.

In the digital India that you are trying to build, incidents of social lawlessness are only growing. Kashmir continues to burn even after five months. Kashmiri visuals with blinded pellets become common. Incidents such as Dadri, Una, Bhopal encounters have become quite common. Najeebs go missing. Rohit Vemulas end their lives. A reputed university gets branded as a center for anti-national activities. The category of anti-nationals only grows day in and day out with the increasing dissent voices.

Definitely in this Digital India, you are using the power of technology to create an ideological base for Hindutva through MODI-fication process through employing a large reserved army of unemployed youth. An act of physical violence, harassment, killings, murders, rapes gets legitimized in the name of nationalism.

In the digital India that you are trying to create, we are only seeing a revival and strengthening of feudal attitudes. There is clear encouragement of enmities based on one’s religion, one’s caste, one’s race. Your army of Bhakts is ever-ready to propagate your ideas through forwarding messages on the social media.  In this digital India, more than cashless-ness we are only moving towards social lawless-ness.

How can we call ourselves to be moving to a civilized and advanced society, where advancement is defined not by the quality of society but by the technology which is used for socially polarizing purposes? Can your digital India put an end to caste based discrimination and violence, create a religious harmony and space for secularism, end the feudal attitudes based on caste, religion, race or gender.

Prime Minister, India needs a Social and not a Digital revolution.

By a Concerned Citizen