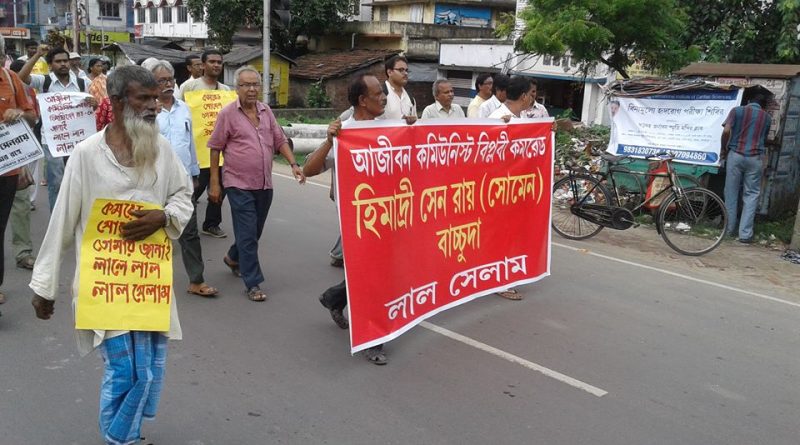 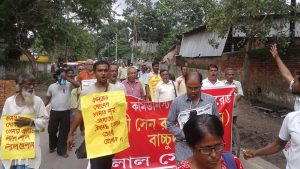 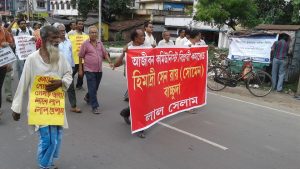 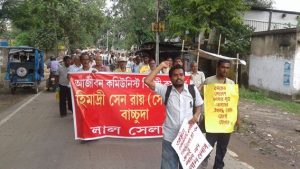 Veteran Communist leader and Trade Union activist Com. Himadri Sen Roy is no more with us. He was suffering from cancer from the time when he was in the prison. He was arrested on February 2008 by the special task force of West Bengal police. State claimed that he was the West Bengal state committee secretary of Communist Party of India(Maoist) on that time.
He was released on bail just a few months ago after some long legal fights and mass movements in demand of unconditional release of all the political prisoners.