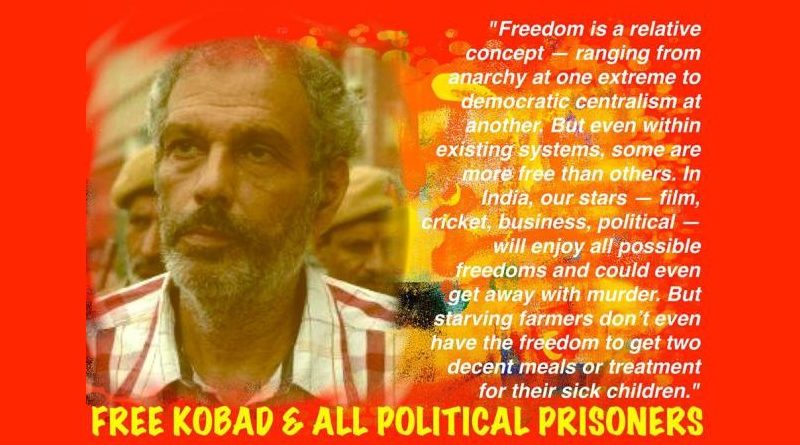 What Raghuram Rajan, the ex-governor of the Reserve Bank of India (RBI), said in January 2016 is strikingly relevant to what we see now with the demonetisation exercise.

The recent month has seen millions of poor and middle-class people, with no cash to buy food and medicines, standing in long queues to access their own money from the ATMs and banks, while the bigwigs of the Bharatiya Janata Party (BJP) were celebrating a five-day wedding ceremony of an ex-BJP minister (also famous as the Bellary mining mafia chief) Janardhana Reddy’s daughter. Neither the Reddys nor his guests had any worry about converting their notes, though this function began barely four days after the demonetisation announcement.

In a country like India, where corruption seeps virtually into every crevice of society, fighting black money and its continuous generation should be a major task for any government. The stench of corruption not only harasses the common man at every step, it also prevents fruitful development, as even the smallest of projects get derailed with sometimes as much as 50% or more of the allocations swallowed by politicians, bureaucrats, middlemen and contractors. Social and welfare projects get subverted; one estimate states that barely 10 paise in every rupee reaches the affected people.

Without doubt, if India is to come out of its backwardness and excruciating levels of impoverishment, fighting black money and corruption is essential. But can demonetisation achieve this? Ferreting out the existing stock of black money cannot be a one-time act. An equally important task is the prevention of its regeneration in the future. Demonetisation does not even touch upon the second. On the contrary, printing higher denomination notes of ₹2,000 only facilitates further transactions in the black economy.

Cash Stock: Tip of the Iceberg

According to a report of the National Institute of Public Finance and Policy (NIPFP) submitted to the finance minister in December 2013, black economy could constitute 75% of India’s gross domestic product (GDP) (Mehra 2014). This report was ignored by the then Finance Minister P Chidambaram, as also by the present government. The media has also blacked it out, choosing to quote the World Bank’s estimates of black economy at a mere 20%–30% of GDP. If we are unwilling to understand the scale of the problem, how are we to seriously tackle it? Those serious about fighting the black money should first make this report public. At 75% of GDP, ₹120 lakh crore of black income is being generated every year.

Compare this with the figure of ₹14.6 lakh crore existing in ₹500/₹1,000 notes, the main component of the black money stock. Even if we assume 50% of these notes comprise black money, that would mean a mere `7–`8 lakh crore, that is, just 7% of the total black income being generated. In fact, according to the economist, Swaminathan S Anklesaria Aiyar (2016),

“As a stock, probably not even 2% of historical black hoards are held in cash—almost all have been converted into gold, real estate, financial investments, some at home and much abroad… The overwhelming stock of black money has been laundered into white ages ago.”

In fact, according to the Global Financial Integrity, between 2004 and 2013, ₹3.3 lakh crore left the country each year. That would mean a gigantic stock of ₹40 lakh crore was siphoned abroad over these 12 years. Unofficial estimates put the total stock of illegal money abroad at ₹75 lakh crore. And not a paisa of this has been tapped by the BJP government that promised to bring this huge amount back home.

Not a single person named in the Panama Papers was taken to task. On the contrary, many were to flee the country with their ill-gotten wealth. These include the defaulter Vijay Mallya and lately, the meat exporter Moin Qureshi, Lalit Modi, and the two notorious arms dealers Sudhir Choudhrie and Vipin Khanna. Such defaulters with hoards of wealth siphoned off from our country are living palatial lives in the United Kingdom. Yet, when the British Prime Minister recently visited India, no serious attempt was made to get all these elements extradited to India, and their wealth abroad recovered in the interests of our country.

Even within India all the scams—2G, Coal, Commonwealth and numerous others—have met a quiet death, and honest officers heading departments have been shunted out. The present government went so far as to suppress documents recovered during the income tax raids on Sahara and the Central Bureau of Investigation (CBI) raids on the Birla group which provided evidence of massive bribery by business groups to top politicians and bureaucrats.

Top bureaucrats have de facto supported corruption. The coal secretary, Anil Swarup, has gone on record saying that not politicians but the “5Cs”, that is, the Central Vigilance Commission, Central Information Commission, CBI, Comptroller and Auditor General of India (CAG) and the courts, are inhibiting quick and effective decision-making and impeding the country’s development (Deshpande et al 2016). Another secretary in the economic ministry agreed: “there is this issue with the Prevention of Corruption Act. Basically, any decision you take benefits someone and may impact someone and just because that is the case you can be hounded” (Deshpande et al 2016).

As for fake notes, the amount of counterfeit currency seized between 2012 and 2015 was a measly ₹147 crore, that is,₹37 crore per year. A 2015 study by the Indian Statistical Institute, Kolkata on behalf of the National Investigation Agency estimated the fake currency in circulation to be just ₹400 crore, that is, a mere 0.022% of the total notes in circulation. The minister of state for home affairs reiterated this figure in a statement on 18 November 2016 and added that a mere ₹28 crore of fake notes were confiscated in 2016, and just ₹70 crore of fake currency notes were pumped into the economy every year. Even if the government claims that this figure is a hundred times larger (there are no accurate estimates), that would still not come to 1% of the total money demonetised.

This is hardly significant to cause damage to the small and medium industries, to the economy of retailers and wholesalers, to agriculture (inability to sell, produce and purchase seeds and fertilisers) and the millions of small vendors, traders, truckers, etc. This has already caused havoc for all, except the big business. Over and above, a huge amount has been expended by the government for printing and distributing the news notes—anything from ₹15,000 crore to ₹20,000 crore. Besides, if the accusations for the fake currencies are directed towards a government (Pakistan), it is naïve to think that they would not be able to duplicate the new notes.

Less than 50% of our households have access to a bank, over 60% of our economy is in the informal sector all of which is dependent on cash transactions. In a large country like India, barely 3 million people file income tax returns and two million pay tax. India has one of the highest cash to GDP ratios in the world, 12% compared to a world average of 4%. An estimated 78% of transactions in India are in cash compared with 20%–25% in industrialised countries.

As for the other reason cited, the move towards a cashless economy, calling on people to switch to internet banking only indicates how far our decision-makers are from the lives of the people. This Tughlaqian suggestion is like that of Marie Antoinette—when the queen was told that the people have no bread to eat she replied, “well give them cake.”

What was even more criminal was that the government itself was not prepared to tackle the disruption caused in peoples’ lives by the overnight destruction of 86% of the total currency by value in circulation. Either they did not foresee the problems it would create or they could not care about the lives of the poor and middle classes.

The new ₹500 notes were not ready until five days after the demonetisation. With just the ₹2,000 notes being disbursed, and the lack of smaller notes in the market, people were unable to buy their daily needs of food and medicines. This decision stripped a person overnight of all their hard-earned money, of their purchasing power, without providing an alternative. The government had gone so far as to state that it will take 50 days to bring normalcy in peoples’ lives. Recently the finance minister has stated that it might take one or two quarters to bring back normalcy! Every second day, the government is changing the policies on how to exchange the notes depending on peoples’ reactions.

The extent of the callousness is unbelievable. Steps could have been taken to ease the pain. Well before the announcement, the RBI could have ensured that a large number of ₹100 notes were available and disbursed instead of the ₹2,000 notes, worthless for daily needs. The new notes could have been made in the same size and weight as the old notes (while changing their structure and colour) so that they could fit into the existing ATMs. The recalibration of ATMs, started only a week after the announcement, could take months. Simple steps before the announcement could have paved the way for a relatively smooth transfer. Yet, the decision to demonetise was taken with no proper preparation. It is estimated to take six months to replace all the notes.

This has, first, resulted in extensive damage to peoples’ lives, and second, a total disruption in the economy of the informal sector.

The queues at the banks and the ATMS are long and people have to stand for hours; very often the notes are over before their turn. The stress and tension for not having any cash for daily transactions have affected the sick and the elderly adversely and reports of deaths of people while standing in queues have come in from various regions. The bank employees are harassed, working long hours to meet the demand for disbursing new notes. Daily wage labourers could not find work as employers had no cash to pay them.

The supply chain of goods and services is disrupted, impacting production. Traders and retailers have been deprived overnight of funds to carry on their businesses, and the former can neither source goods after using up their existing stocks, nor can they pay for the transport of the goods to the market. Retailers cannot sell the goods since customers do not have money to buy them, and they can provide goods on credit to customers only up to a point since they need to pay their suppliers and cannot obtain enough new notes to do so. Normal banking activity is likely to be disrupted for months with banks being fully occupied in exchange transactions.

The kharif harvest is not yet fully marketed in many regions, and producers are unable to sell their crops owing to the shortage of the new money. Many are being offered drastically lower prices for their produce which runs the risk of damage in the coming days. Farmers cannot buy seeds and fertilisers for sowing rabi crops since there is no lower denomination or substitute money available in their nearest banks. Delayed sowing is bound to affect future output. Rural labourers and artisans are entirely dependent on purchase from the market and face great distress.

The worsening situation in urban areas has been extensively reported in the media—not only the wage-earning poor but the middle class too are adversely affected by the overnight artificial and extreme loss of purchasing power. Millions of working hours are being wasted by people standing in long queues at banks, and many are turned away eventually with the new cash running out. The country is being driven into an artificially created recession and the level of economic activity is declining. Ambit Capital estimates that India’s growth could slip to as low as 3.5% as a result of demonetisation compared to earlier projections of 6.8% (Hindu 2016).

[We are republishing this paper here for purely educational purpose without any prior permission from Journal or Author.]