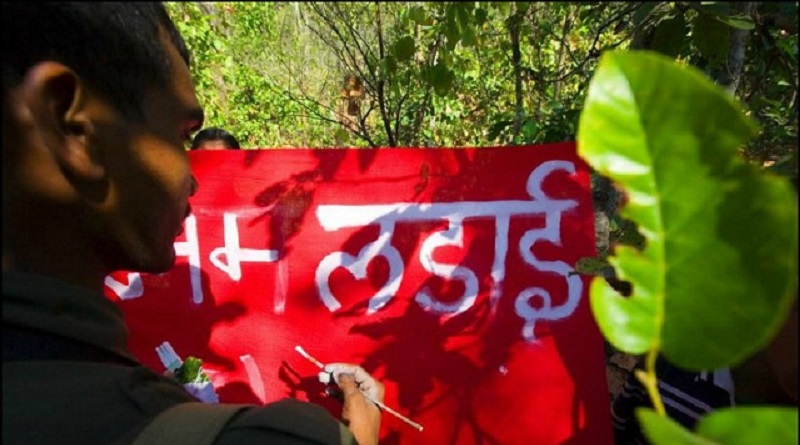 The Indian police, in a bid, to suppress voices of dissent have always labeled activists as Maoists. Many organisations which are under the scanner have nothing to do with Maoists.

The head of Maharashtraʹs Anti-Naxal Operations (ANO) unit Mr.Shivaji Bodkhe on Monday said that the Maoistsʹ network was spreading rapidly in urban areas of the state and the Maoist movement was no more limited to Gadchiroli and Gondia district.

ʹThere is a perception that the Maoism is limited to only Gadchiroli and Gondia district of Maharashtra. Many in the police department also carry this perception. But this movement is not limited to tough and dense terrains of forest areas. It is spreading rapidly in urban areas through its frontal organizations. The police need to be alert and focus on these urban frontal originations,ʹ said Mr.Bodkhe, who is a Special Inspector General (IG) of Police of the ANO.

He was addressing the trainee policemen at the ANO unit at Surabardi here.

ʹThere are around 55 Maoist frontal organizations working in the urban area of Maharashtra. The government has already declared them frontal organizations. The Maoists have employed a double-pronged strategy of fighting guerrilla warfare in forest areas and to create unrest and dissatisfaction among the people against the government by the means of protests,ʹ the IG added.

He also claimed that the Maoists were carrying out ʹsecret propagandaʹ in Mumbai, Thane, Pune, Nadurbar, Dhule, Jalgaon and Nashik areas of the state.

ʹWe only know about the Maoist violence against the police in forest areas and their opposition to the developmental works. But their frontal originations have an altogether different modus operandi. Groups like Kabir Kala Manch are trying to attract workers and students and are trying to put them against the established system by teaching them about Marx, Lenin and Mao,ʹ claimed Mr.Bodhkhe.

ʹIt is important to collect information about these groups and take some preventive action. Until now, the Maoists were trying to mislead people of the areas which lacked in the communication network, education, and development. Now they have shifted their focus on the urban area. We are marching towards development, but the Maoists want ʹchange of guardʹ in the country through these frontal organizations. It is the responsibility of the police to stop the youngsters who are getting attracted towards this movement, to tell them about the governmentʹs developmental initiatives and to also warn them of the danger of Maoism,ʹ stated Mr.Bodkhe.