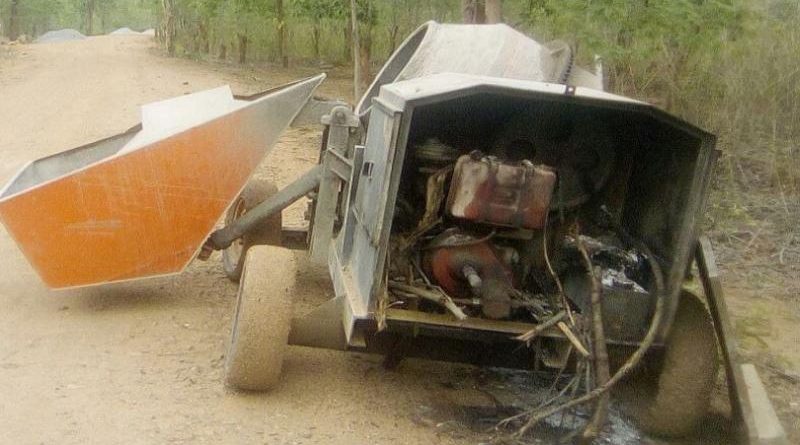 A group of heavily armed Maoists barged into Contractor Mahendra Agarwal’s camp located along Gorla-Dumerbahal Road late in the night while workers were engaged in the construction of a culvert.

The red rebels first set a mixture machine to fire and then went on torching other vehicles kept in the camp one after the other.

The posters released in the name of Odisha State Committee of CPI (Maoist) heavily criticised the police fake encounter which killed at least six tribals in Odisha’s Kandhamal and Balangir districts on May 23 and called for a bandh protesting it on June 4.

The bandh will be observed in Nuapada, Balangir and Bargarh districts of Odisha along with Mahasamund and Gariaband districts of Chhattisgarh simultaneously.