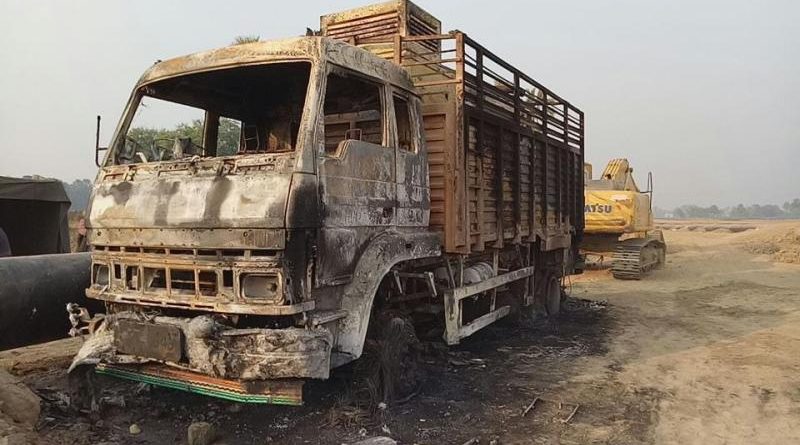 The Maoists, who are observing weeklong martyrdom of former CPI (Maoist) politburo member Koteshwar Rao alias Kishenji in Bihar and Jharkhand, also beat up guards deployed at the site and threatened the contractor of the construction firm with dire consequences if he did not stop the work , the police said. Before leaving, the attackers raised slogans and dropped pamphlets calling upon villagers to support them in their “struggle to revive Maoism”.