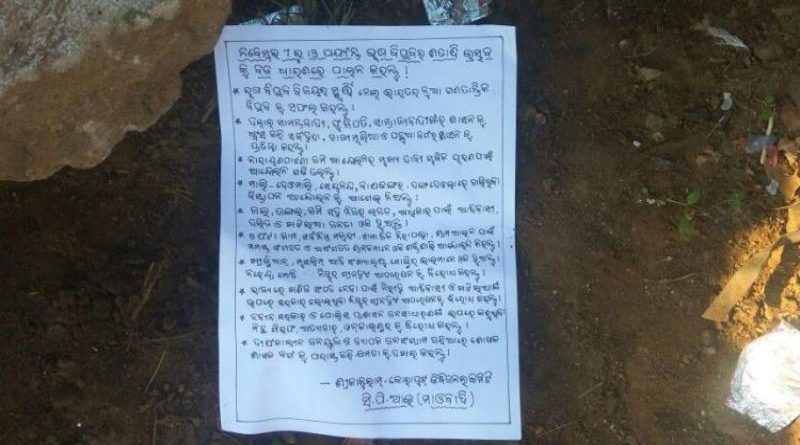 Narayanpatna: Maoist posters resurfaced in Narayanpatna of Koraput district with the rebels appealing people to participate in the week-long centenary celebrations of the Russian Revolution from November 7-13 across the State.

The posters have been put up by Koraput-Srikakulam division of CPI (Maoist) at various places in Narayanpatna. They have called upon people to draw inspiration from Russia’s Bolshevik Revolution dating back to 1917 and strive to achieve the New Democratic Revolution in India.

Minority communities have been asked to come together and protest the green hunt operation of Prime Minister Narendra Modi. It has been alleged that the government is torturing innocent tribals and daily labourers through operation green hunt with an intention to extract mineral resources from the State.

The posters also urged the people to protest the false arrests and encounters of people by police under the Naveen Patnaik government.

Similar posters were also found in Bandhugaon block of the district on November 3. The new posters in Narayanpatna are a proof that the rebels are active in the area.