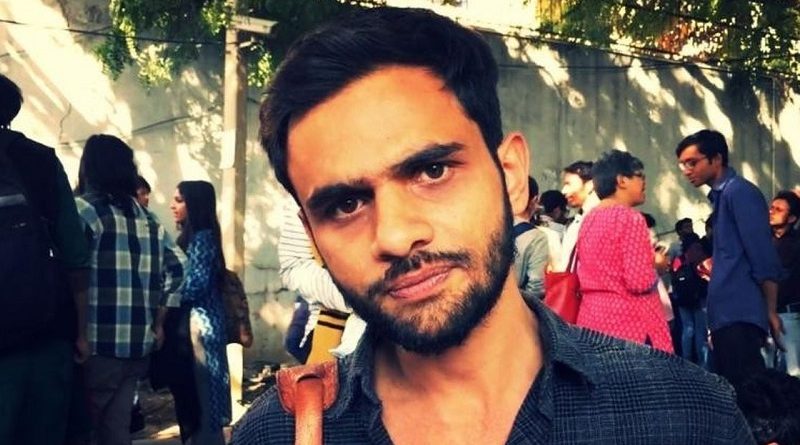 The Jawaharlal Nehru University scholar details how he continues to receive daily death threats a year after unsubstantiated charges were levelled against him.

Umar Khalid is pursuing his PhD on the history of the region of Singhbhum, Chotanagpur from 1800-2000 at Centre for Historical Studies, Jawaharlal Nehru University. He was one of the students named in a First Information Report filed by the Delhi Police for sedition on slogans allegedly shouted in a February 9, 2016 event held at the JNU after some television channels carried sensational news items, accusing him, without any substantiation, of being linked to Islamist terror groups. He has been in news again when a recent seminar at Ramjas College in New Delhi was cancelled after the Akhil Bhartiya Vidyarthi Parishad protested that he had been invited to the event. The violence that ensued was followed by news – again, unsubstantiated – that a “draft-chargesheet” had been filed against him.

The 2005 George Clooney film, Good Night and Good Luck, is based on the conflict in the United States in the 1950s between veteran television journalist Edward R Murrow and Senator Joseph McCarthy. The film tells the story of a fearless journalist up against the witch-hunt against so-called Communists and Soviet spies launched by McCarthy in that era. At one point, the protagonist playing Murrow is heard saying:

“The line between investigating and persecuting is a very fine one, and the Junior Senator from Wisconsin has stepped over it repeatedly. We must not confuse dissent with disloyalty. We must remember always, that accusation is not proof, and that conviction depends upon evidence and due process of law. We will not walk in fear, one of another. We will not be driven by fear into an age of unreason…”

Today, in India as we see media, which is supposed to be the fourth pillar of democracy, crawling into a dark abyss, the above quote merits some reflection.

Today, as the self-appointed “voice of the nation” and its “conscience-keepers” are again using my name repeatedly in the studios to evoke venom, to ooze hate, to justify terror and to instigate violence, it is important that I speak. And so this open letter to my beloved prosecutors in the media.

It has been over a year since our relationship began. I thought, for once, rather than you asking me questions, what if I were to put you in the dock for a change?

For the past few nights, I have been receiving frantic phone calls from my mother. She has been in agony and quite concerned about my well being after watching many of your news reports and debates. She asked me if I have any more details about what is being shown on television. She asked me several questions: has the Delhi Police filed any report – or a “draft chargesheet” as many of you reported on Tuesday – and am I going to be re-arrested? I have tried to calm her and told her that she should not pay much attention to what is being shown on the idiot box, and preferably switch it off altogether.

But as I put the phone down, a sense of tiredness overtook me. It has been more than a year since the entire witch-hunt began against us at Jawaharlal Nehru University. While the police have not been able to file a single document in court till now – a pre-requisite for the trial to begin – many of you in television studios (though not everyone) have been relentless in your campaign against us by hook or by crook. And in doing so, you have put our lives and well-being at serious risk.

I seriously do not know what a “draft charge-sheet” even is. As a PhD student, the only drafts I am familiar with are the draft chapters that we submit to our supervisors. So, I wondered as I looked at these reports whether the Delhi Police is an independent agency – or do they also have a supervisor above them that “corrects” their drafts? Where do these supervisors sit? Inside television studios, inside Parliament, or at the Rashtriya Swayamsevak Sangh headquarters in Nagpur?

I have an eerie feeling, and not without reason, that many of you have once again come to the rescue of the government and the police by planting such news in the media. Rather than focussing on the violence unleashed by Akhil Bharatiya Vidyarthi Parishad, how you spun the violence at Ramjas college is a serious question mark on your claims of objectivity and neutrality.

An organised attack on students, teachers and even several of your colleagues within the media was first made into a clash between two groups. Then, of course, “Azaadi” slogans were brought in to connect it to JNU and, then to somehow support ABVP’s claims of us being certified “anti-nationals”, this story of the police report – “draft chargesheet” – was played by several channels repeatedly.

Since Wednesday, I have been getting constant phone calls from different media houses for a reaction on this so-called latest development in their favourite story. I angrily responded to one of them, asking where the Delhi Police had filed this report – in the court or straight to the media houses? If it was filed in the court, I would have also received a copy to be able to comment. This media trial is highly unethical and should stop once and for all.

Moreover, even if the police were to file any report tomorrow, that does not prove anything by itself. Because those charges still need to be proved in the court. But, it seems today, that your studios have simply replaced the courts and the judicial processes. In your race for greater Television Rating Points, you are causing risks to our lives and immense mental agony to our family and friends. I am forced to wonder: Do you care? Your TRP-driven propaganda, after all, has no value for human lives or emotions.

Last night, I told my mother not to worry about the police or the legal battle. I am convinced of my innocence and know that the courts will eventually vindicate me. But, if there is something that bothers me it is this extra-legal, extra-judicial media processes with absolutely no accountability. I am not saying that the courts cannot go wrong or have an unblemished record, but at least responsibility and accountability is fixed there.

But what can one do with a lynch mob? After all, many of you, sitting within television studios, are playing just this role, egging on and exhorting your counterparts on the streets. I hope you have not already forgotten your sensational “exclusive reports” last year – once again based on your “sources” – that I had visited Pakistan twice, made 800 phone calls to all the troubled parts of the world, was part of a “conspiracy” to organise programmes commemorating Afzal Guru in 17-18 universities of India, was hiding near the Jharkhand-Chhattisgarh border, and was even linked to terror organisations such as the Jaish-e-Mohammad.

All these have proved to be plain lies. In fact, just the day after these reports were played, even the government denied any such findings. But far from apologising to me or my family, till now not a single media house has even retracted what was called “news”. What I am to call you if not a lynch mob? Professional liars? Hate-mongering agencies?

Today, I continue to bear the brunt of the image that you have created about me. I am being stopped from speaking in seminars – an essential part of my academic life. I live in fear of constant violence and threats to my life and security. It has been more than a year since the entire witch-hunt began, and there are still immense restrictions on my movements. There is not a single day when I do not receive death threats online.

But I am not playing the victim here, because I realise we are up against a political agenda. Your role in that agenda is not a small one – to build narratives that suit those in power. And all of that is something we have decided to fight back.

Let me conclude by reminding you of some names – Mohammad Rafiq Shah and Mohammad Hussain Fazili, who were recently acquitted by a court in Delhi after spending 12 years in Tihar Jail framed in the Sarojini Nagar blasts of 2005. The courts even indicted the Delhi Police for hiding crucial evidence that proved that they were not part of any such blast. How many of you, who seem more than eager to plant police reports (whether real or imaginary) in a matter that is still sub-judice, brought them in your studios to tell their tale of torture, being falsely framed and more than a decade of incarceration after the courts came out with its verdict?