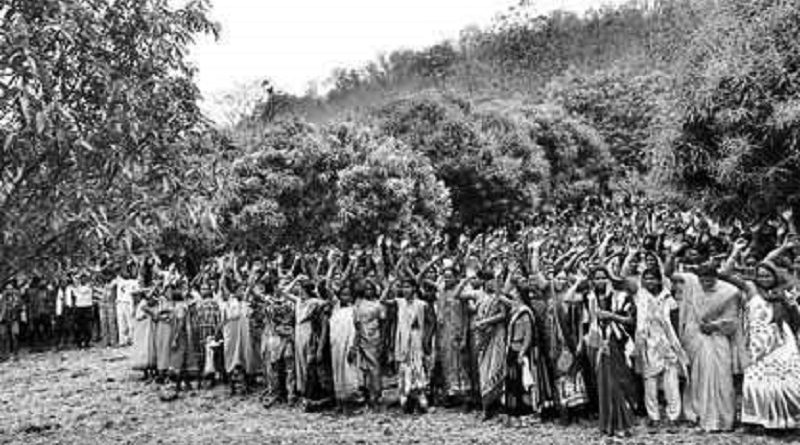 MALKANGIRI: IN a bid to regain their lost ground in the cut-off region of Malkangiri district, members of CPI-Maoist Korakundah Dalam on Sunday organised a public meeting in Cheruberu forest area bordering Andhra Pradesh. Earlier, they had organised a similar meeting in the area on Saturday.

Slamming the State Government for deploying paramilitary and other security forces in the region, rebel leader Ora Nageswar Rao said civic issues such as potable water, electricity and communication hadn’t been addressed in the region.

Raising anti-government slogans, the Maoist leader urged the youths to join their outfit, sources said. More than 5,000 tribals, including women, armed with traditional weapons, attended the meetings. Police were clueless about the public meetings, sources added.

The Maoist leaders warned the Government of dire consequences for not following the conditions that it had once agreed to implement during the release of then Malkangiri Collector Vineel Krishna.