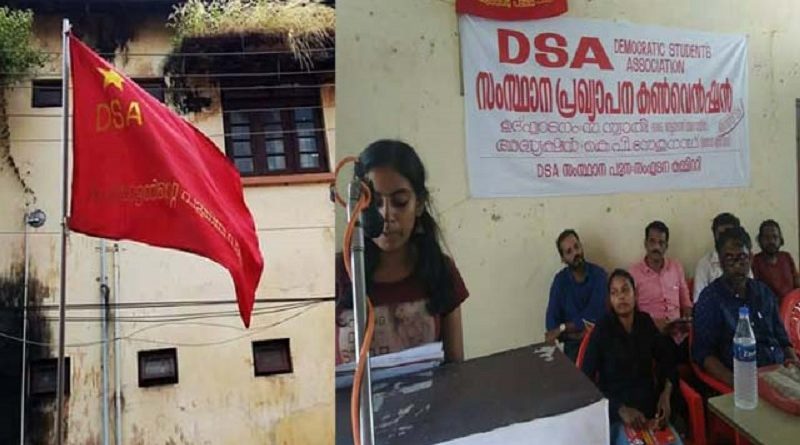 Com. Dinesh,inagurating the event, asked the students to unite with the marginalized sections of society and fight for democracy, also declaring SUMSʹs solidarity with DSA. Noted journalist K P Sethunath who presided over the event. talked of the trend of apolitical atmosphere prevailing in campuses, and the need to analyze the role of mainstream organizations like the SFI in it, but started with recollecting historical student struggles. Other people who extended their support and solidarity were K A Muhammad Shameer (Campus Front), Shahin Shihab (SIO), Falahi (Fraternity), Arun Kumar (ASA), Gauri and Shantolal (Porattam), Thushar (Janakeeya Manushyavakasha Prasthanam).

Two declarations were also passed, one demanding the release of Con. Valarmathi, arrested for campaigning against the Neduvasal Hydrocarbon Plant, and one demanding the rejection of the Roopanwal Report that misconstrues facts , declares Rohith Vemula as not a Dalit, insults his identity, and protects those behind his institutional murder.