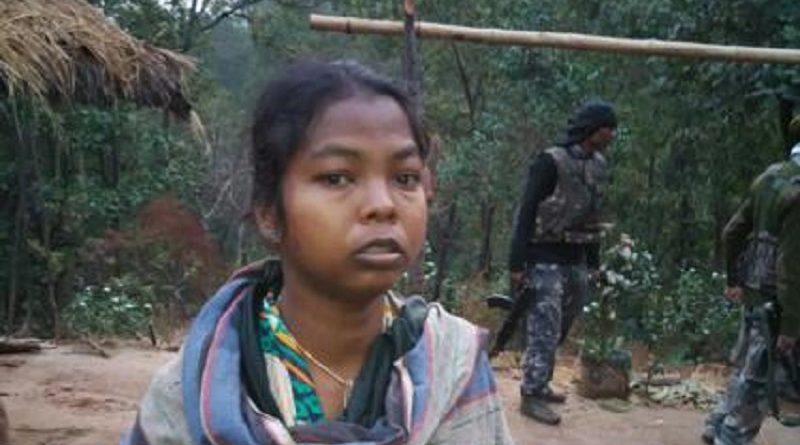 India People's War
January 5, 2017 C. Kistler Kishenji, Sonali Tuddu, Supai Tuddu
She grew up in Jharkhand’s Lalgarh at a time when the entire area was a liberated zone of the banned Communist Party of India (Maoists).

There were more rebels with arms on the streets than civilians. Policemen were either confined to the police station or were driven out of Lalgarh’s boundary.

The ruling Communist Party of India (Marxists) leaders were targeted and killed one after another. Political flags had disappeared from the poles and buildings.

As a teenager, Sumi Hembrom alias Sonali Tuddu, got fascinated by the “empowered” women in camouflaged fatigues, brandishing sophisticated weapons and began hobnobbing with them before she inducted into the red brigade.

Barely few years with the rebels, she came in contact with Supai Tuddu, who was the bodyguard of the slain politburo member and firebrand Maoist leader, Koteshwar Rao alias Kishenji, who spearheaded the Lalgarh liberation movement.

It was love at first sight for the duo. The affair eventually culminated into marriage with the blessings of Kishenji, who freed Supai from his personal security and promoted him as a commander.

The couple was soon shifted to the bordering Jharkhand’s East Singhbhum to spread the Maoist base. On February 13, 2010, the couple played an active role in the kidnapping of Dalbhumgarh block development officer Prashant Layek.

Early on Tuesday, when security forces gunned down Supai Tuddu in the Gudabanda jungles of East Singhbhum, his colleagues except his wife deserted him in his death.

Security forces on the prowl rushed in nab Sonali but she showed no resistance and meekly surrendered, standing motionless besides her fatally wounded husband.

“She was an equally devoted rebel, well trained in jungle warfare. She is as big a catch as her husband, who could not be caught alive despite our best efforts,” said rural SP Shailendra Burnwal.

On Wednesday, police sent Sonali to judicial custody, but they will be seeking police remand for her in a day or two to get information about rebel movement and organization in the area.

Sources said at least two senior police officials from West Bengal will be coming to question Sonali on the killings of number of CPM leaders by the rebels.