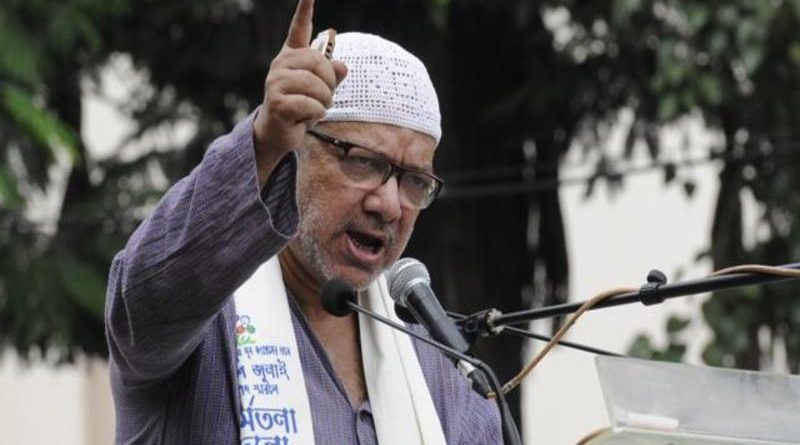 It takes a subversive mind to turn the Indian National Army (INA)’s war song Kadam Kadam Barhaye Jaa into a war song for the Maoist-backed tribal population against the Indian security forces. In May 2010, a packed University Institute Hall on College Street stood witness to exactly that when Kabir Suman, the main attraction of the event titled Bidroher Gaan (Songs of Rebellion), rendered a 20-minute version of the INA’s song.

He was a Trinamool Congress MP at that time but no one was surprised with Suman’s support for the Maoist-backed movement. The national award winning music composer has by large been the most subversive singer-songwriter in Bengal over the past three decades. When he has to raise a point, he cares a hoot about the possible repercussions.

“Amar Kanna Agun Jwalaley Ami-e Santrashbadi (I’m called a terrorist when my tears start a fire),” says a line in his famous number, Phulmoni Ishrat.
Be it protests in Kashmir and Chhattisgarh against the Indian security forces, controversial encounter deaths of suspected terrorist Ishrat Jahan and Maoist commander Kishenji or the death of 15-year-old Felani Khatun, a Bangladeshi girl, in firing by BSF personnel and the suicide of Rohith Vemula – Kabir Suman has consistently found poignant expressions for every issue that he thought deserved marking a protest.

One of his popular songs during the Singur movement said, “Set the log fence on fire, let the flag of resistance fly, if your tail is ablaze, burn the golden city down.” His album in support of the Lalgarh movement, Chhatradharer Gaan, damaged his relationship with the party chief, Mamata Banerjee, but he never budged.

In February this year, his Facebook profile was blocked after he posted a song on Afzal Guru in the aftermath of the controversy at Jawaharlal Nehru University and the arrest of its students’ union president Kanhaiya Kumar. He never apologised.

It was in his first album, Tomake Chai, that he wrote, “You’ll be wrong to think you are buying me. Are you buying me or my compromises?”