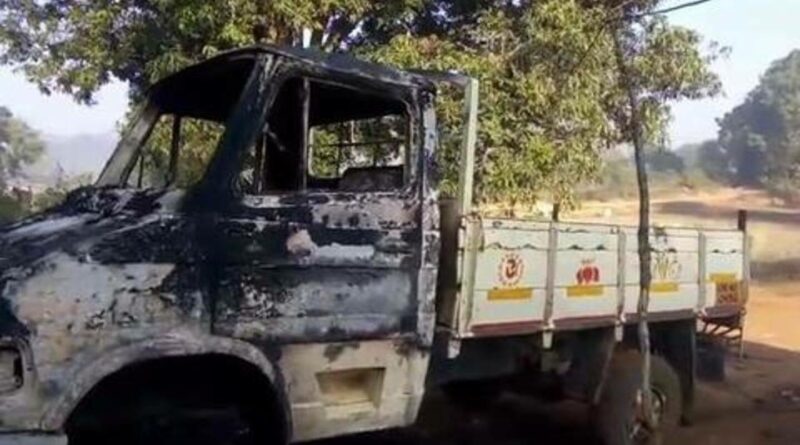 The Maoists stormed the road construction site at Kanjal Ghat under Balliguda police station limits and set ablaze the four vehicles, including a truck and a tractor, Kandhamal Superintendent of Police Vinit Agarwal said.

The red rebels were suspected to be members of Bansadara-Nagabali-Ghumusar division of the banned CPI (Maoist), he said.

Soon after the incident, personnel of the Special Operation Group (SOG) and District Voluntary Force (DVF) rushed to the scene. Combing operation has been intensified in the area, police said.

The Maoists had earlier threatened the company to give up the particular road construction project and stop work, said Monoj Pujari, DSP, Balliguda.

The red rebels have given a call for observing a week-long bandh in Kandhamal from August 18 and posters in this regard have been displayed at several places in Balliguda area, he said.

Apparently frustrated over the repeated crackdown by the police to curb Left Wing Extremism (LWE) in Kandhamal, the red rebels have indulged in vandalism to prove their existence, police said. Last month seven Maoists were killed in three encounters in Sirla forest area, they said.