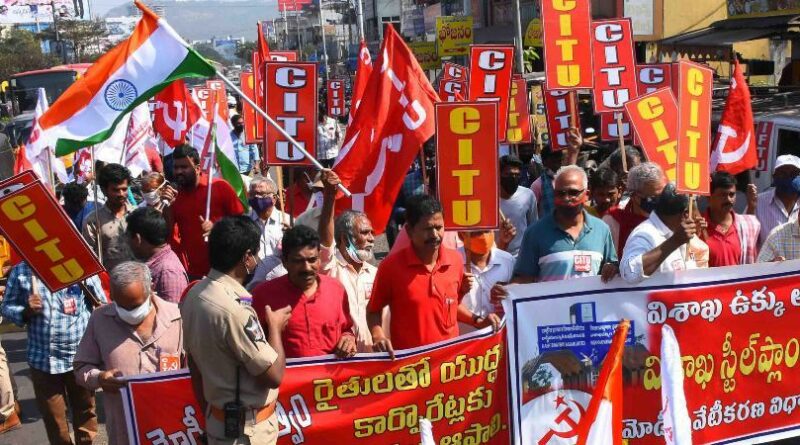 Visakhapatnam District, February 26, 2021: The CPI (Maoist) has extended its support to the people and workers agitating against the proposed strategic sale of the Visakhapatnam Steel Plant (VSP).

In a letter released by Kailasam, spokesperson of the CPI (Maoist) Andhra Odisha Border Special Zonal Committee (AOBSZ), the party stated that VSP had been achieved after people made huge sacrifices. As many as 32 persons had been killed, the letter said, and added that the sale of steel plant should not be allowed.

The outfit also found fault with the State government for not taking up the protest seriously.

“The YSRCP government is trying to misguide the people by saying that the decision to privatize VSP has been taken by the Union government without its consent,” Kailasam said in the letter.

“Both YSRCP and BJP are on the same page on the issue. If the YSRCP is really keen on supporting the agitation, the Chief Minister should ask all his MPs to resign for the cause,” he said.

The Maoists also criticized the farm Acts, and said the BJP-led Union government was only working for big private companies.