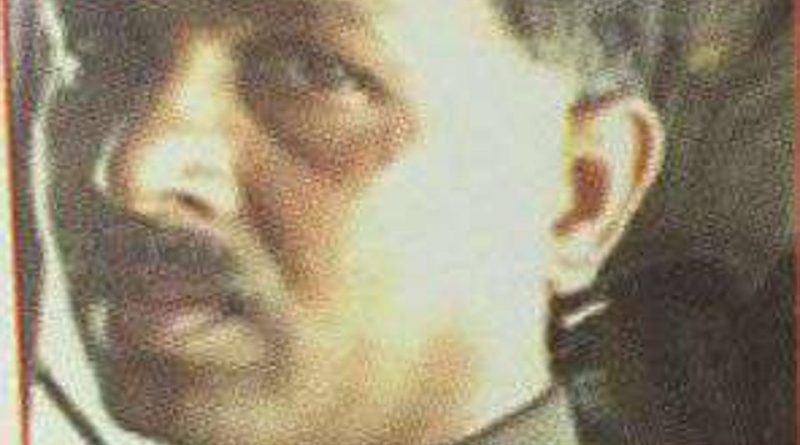 Hyderabad: The Communist Party of India (Maoist) has termed Jinugu Narsimha Reddy, a senior naxalite leader who surrendered himself to the Telangana police, as a ‘renegade’, who chose the path of surrender to the ‘enemy’.

In a statement made available to the media here on Thursday, the Maoist party accused him of trying to cover up his weaknesses by taking shelter under the garb of “ideological differences with the party line”. It is also disclosed that he was suspended from the Central Committee for two years and ordered to guide a State Committee, which in effect meant a demotion.

Reddy, who is popularly known by his nom de guerre of Jampanna, was the member of CPI (Maoist) Central Committee and had spent more than three decades underground. He had surrendered himself along with his wife before the police three days ago. His surrender, has apparently dealt a huge blow to the Maoist movement, which is currently going through a ‘difficult’ period in the country, as admitted by the party in recent documents. The ultra-secret Maoist party issued a three-page typewritten statement in the name of CC spokesperson Abhay.

The detailed statement, which traces the rise of Jampanna from being an ordinary party member to the level of the Central Committee in 2001, dubs him as a leader who suffered from ‘serious weaknesses, limitations and non-proletarian trends like individualism, bureaucracy and false prestige’. He was transferred to Odisha in 2011 where he continued to work till end of 2016. Jampanna was ‘deeply submerged in ideological and political vacillation and finally informed his colleagues in November 2017 about his decision to surrender’. The party’s understanding is that Jampanna’s negative aspects got magnified and finally became dominant under “the present difficult condition”.

The Central Committee maintained that the ‘terror of the enemy’ (meaning police and the intelligence department) had overtaken him so much that he refused to attend the party meetings with the excuse of probable enemy attacks. ‘He had lost his bearing and sense of proportion’ and was incapable of analyzing the situation objectively and had erred in discharge of his responsibilities. Faced with this, the party had decided (early this year) to suspend him from the Central Committee. The statement also discloses that Jampanna had refused to take up the responsibility of a State committee [which] the CC had assigned to him.

The party has accused him of raising political differences with the party line whenever his suspension issue was raised. He had disagreed with the party ideology that India is a semi-feudal and semi-colonial country and would argue that it has transformed itself into a capitalist country. He would argue that the party line should also change according to the conditions and follow the ‘insurrection line’ in the view of the new conditions prevailing in the country. He had, however, discussed these issues with his comrades and not in a party forum. When he was told to do so, “he was not ready to that and leaved the party (sic)”, Abhay maintained asserting that “these political differences are nothing but cover up [of] his degeneration”.

Abhay asserted that his party would continue to strive for the revolution irrespective of any such temporary hurdles like surrender of senior cadres.