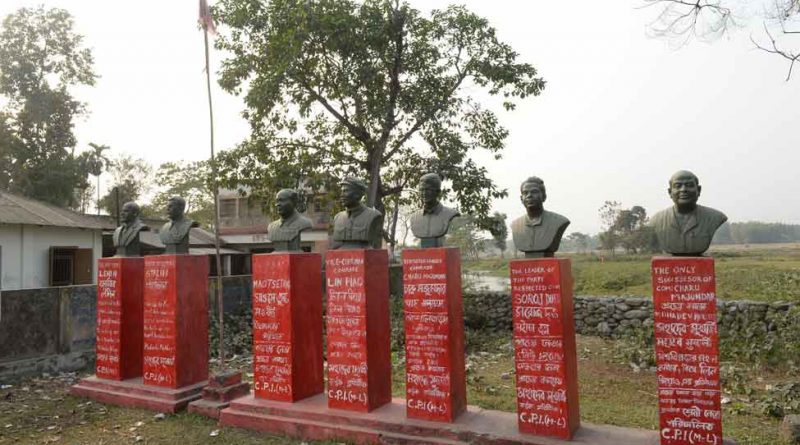 RANCHI: Bihar Jharkhand special area committee (BJSAC) of the CPI Maoists decided to observe protest day from May 23 to 27, followed by a state-wide bandh on May 29. The banned outfit is celebrating the golden jubilee of the Naxalbari upsurge of West Bengal and called upon the revolutionary peasants and labourers organisations across Bihar and Jharkhand to raise their voice against state repression.

In a press release issued by BJSAC, Maoists criticised the Raghubar Das led BJP government for amending tribal protection laws (Chhotanagpur Tenancy Act and Santhal Pargana Tenancy Act) to allow multinational companies plunder the resources. Issuing a detailed list of kyanite, graphite, granite, and limestone mines along with the coal blocks which have been opened recently for exploration and mining by the state government, the Maoists have declared global investors summit-momentum Jharkhand as a concerted effort of the state government to invite capitalists at the cost of local tribals.

“Jharkhand government signed an MoU worth Rs 3.10 lakh crore with 210 companies during the investors’ summit organised in February and in order to give them a right over land and mines, the Das government amended the locals’ policy and laws that protected tribal rights over land issues,” spokesperson of BJSAC, Gopalji said.

The letter addressed to common masses of the state also mentioned the industrial corridor project spread over 1400 sq kilometres in Ranchi, Ramgarh and Patratu. “The industrial corridor from Amritsar-Delhi and Kolkata will also connect Deoghar and Hazaribag, where land from the local people would be grabbed,” the letter read.

The Maoists also criticised Make in India by calling it an eyewash. “Who can ‘make in India’? What will they make? Who are the owners? It will be the capitalists both Indian and foreigners who will be owners because a common man cannot set up a steel making factory, despite sitting over mineral reserves they will be displaced and forced to work as slaves in these big corporate houses,” the letter read.