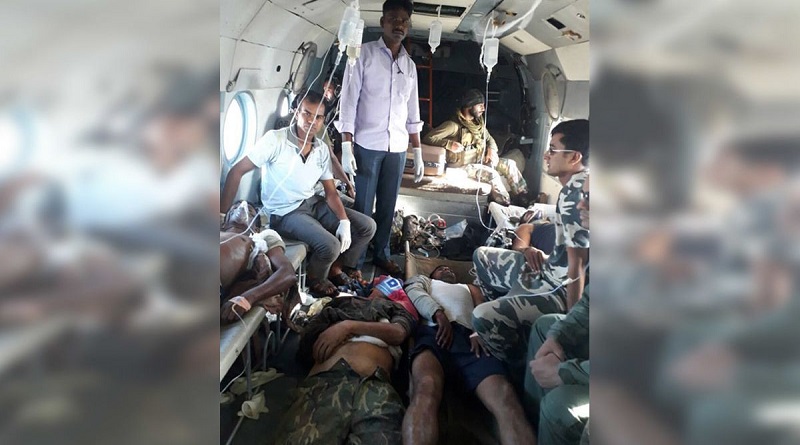 Chhattisgarh, April 25: A CRPF soldier, who was injured during a gunbattle with Maoists in Kalapathar area of south Bastar district of Chhattisgarh on Monday had said 70 per cent of the Maoists were women.

A soldier who refused to be named said that women Maoists were more when compared to men who attacked the soldiers with AK-47.

Another soldier said that after killing the soldiers the women stole the weapons and ran away.

At least 26 CRPF jawans lost their lives on April 24 during a fierce gunbattle with Maoists in Kalapathar area of south Bastar district of Chhattisgarh.

The incident took place around 12.25 pm on Monday, when the CRPF troops belonging to the 74th battalion of the force were providing security for road construction work.

Home Minister Rajnath Singh and CRPF Additional Director General Sudeep Lakhtakia on Tuesday arrived in Raipur at around 10.30 am and directly headed to the headquarters of the 4th battalion of Chhattisgarh Armed Force in Mana camp area where the wreath-laying ceremony was held.