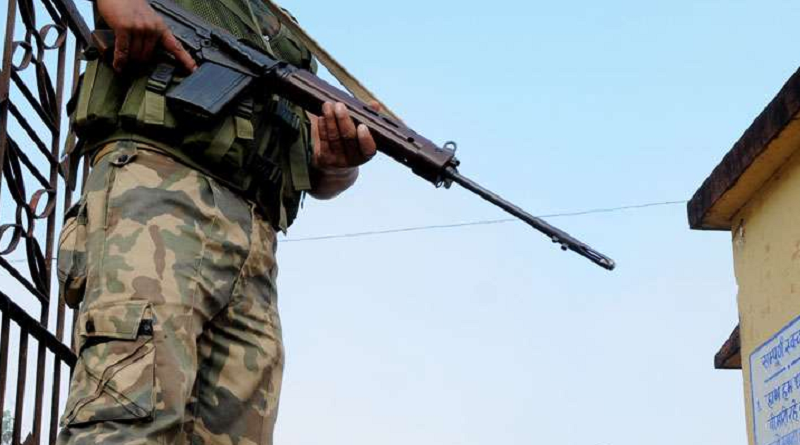 According to eyewitnesses quoted in the petition, the boy was tied to a tree trunk while a group of 4-5 police personnel interrogated him and repeatedly stabbed him with their bayonets.

Wisely, Kumma buried his child, instead of cremating him as is the custom, in order to preserve evidence. On Friday, the high court ordered exhumation of the body in presence of the commissioner of Bastar and the petitioners. It also directed the commissioner to accompany the body to the hospital for autopsy.

The body’s father is represented by lawyers from the Jagdalpur Legal Aid Group.

In the court Friday, the Superintendent of Police, Bijapur district, claimed that on the day of the boy’s killing, his forces had conducted a “successful operation” in the jungles of Metapal and Gongla and killed an “unidentified armed Naxalite in uniform” following a fierce gunbattle”.

Given that no other killing was reported from this region on 16 December, it stands to reason that the SP was referring to the slain boy as a Naxal.

Responding to the SP, the petitioners contended that the boy was unarmed and dressed in “ordinary village clothes”. Also, the eyewitnesses have stated that he was murdered in cold blood by the security forces after being brutally tortured.

The slain boy’s father “demands for an independent, high-powered Special Investigation Team to inquire into this encounter which would be monitored by this Hon’ble Court as well as a detailed postmortem that can reveal the right age of the deceased child as well as other details about his death,” the petition pleads.

According to the witnesses, the child was returning after collecting Chhapra Chhapra – red ant colonies, harvested for culinary and medicinal properties – when he was captured by the security forces.

The eyewitnesses include the boy’s father Kumma and his cousin Sannu Pottam, who were also caught by security forces but eventually let off, as well as a few women who had been “dragged” to the spot by the security forces “as captives”. The witnesses even identified some of the alleged murderers as surrendered Maoists working for the police.

The villagers claimed that the boy was undressed in front of them after being killed, changed into a Naxalite uniform and photographed. The “captives” were threatened by the security personnel of dire consequences if they told anyone about the murder.

The body was taken by the police to Bijapur District Hospital, from where Kumma retrieved it with the help of other villagers.