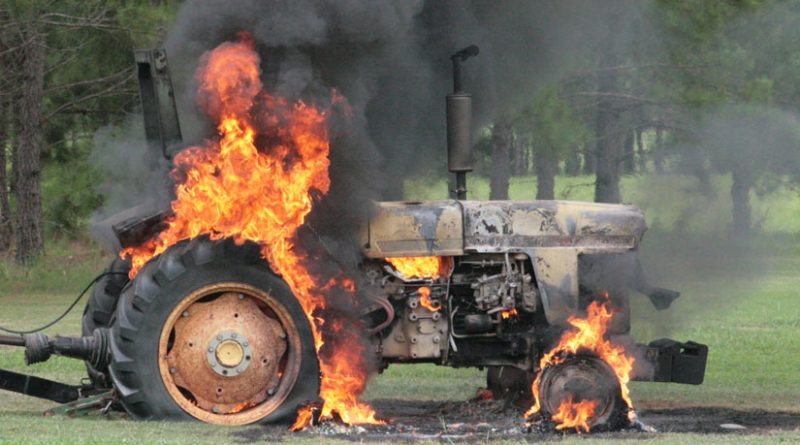 The incident took place in the contiguity of the Bareysarn based sambhar enclosure. SP Latehar Dhanajay K Singh said that the act was done by the Maoists as the site of the incident falls in their territory.

Sources said that Maoists had identified the tractor which was, as the Maoists suspected, providing logistics to the security forces on hunt for Arvind ji and Sudhakaran ji, believed to be holed up in the Burha Pahar.

Field director PTR M P Singh said the incident has taken place in PTR but this tractor is not from the PTR.

The place of the incident is 4 kms away from this security base at Kujrum.

Sources said the Maoists create aberrations in PTR not to harm wild life or PTR personnel but their aberrations are only and pointedly directed against the security forces which have their ‘housing’ in the buildings of the PTR; right from Betla down to Kujrum there are a total of 11 such housings including Mandal and Herhunj.

Sources said the PTR officials have no choice but to give in as security forces raise the bogey of internal threat and security and thus straightway move into PTR’s establishments much to the chagrin of the PTR officials.