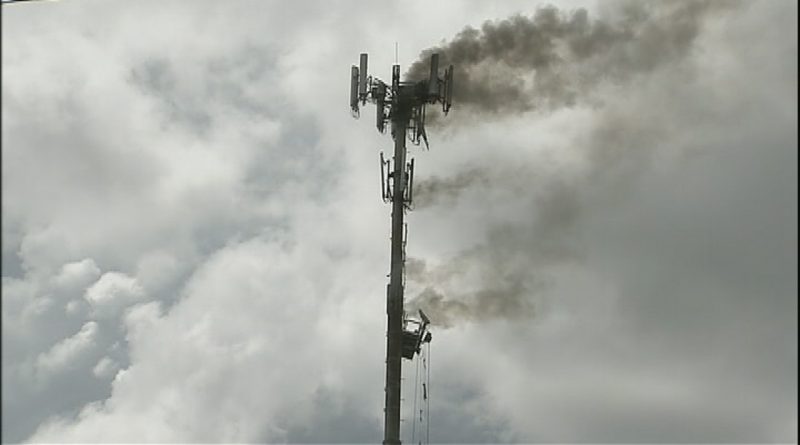 Hyderabad: Two days after the high level meeting of the police officers and central counter insurgency officials held in Visakhapatnam, an armed squad of the CPI (Maoist) set fire to a BSNL cell tower near Darakonda village in Visakha Agency area on Wednesday night, according to reports reaching here.

Sources said that around 15 to 20 armed cadre of Galikonda Area Committee, believed to led by a commander Naveen, went to the BSNL tower and set fire to it using some discarded tires.

The arson incident is believed to be an act to send across the message that the CPI (Maoist) cadres were active in the agency area, a police officer said requesting for anonymity.

The Maoist squad left some handwritten posters in which they asked some local politicians to state their stand on the bauxite mining, arrests of adivasis, and the Vakapalli incident.

The Maoist posters also called upon people to resist the policies of the Telugu Desam and BJP.

Just two days ago, the Police chiefs of different Maoist-activity affected States and chiefs of para-military forces met at Visakhapatnam to discuss the counter insurgence operations to be taken up. The meeting also took stock of the status of Maoist movement in South India.