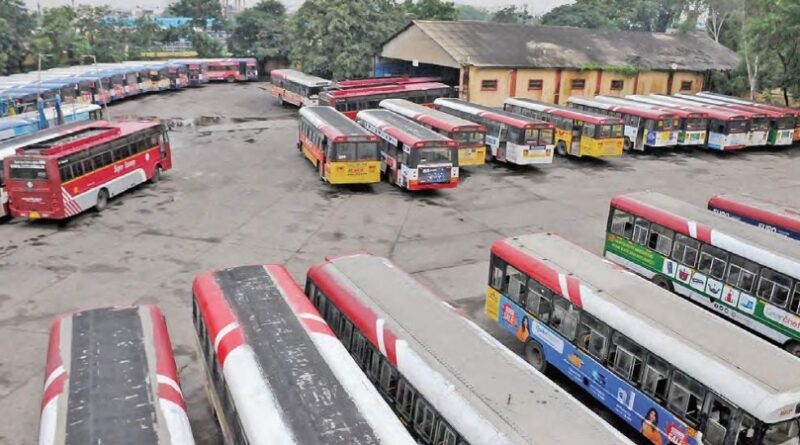 Bhadradri Kothagudem District, April 26, 2021: Bus services were paralyzed in the interior areas of Bhadrachalam Agency on Monday during the Bharat Bandh observed by CPI (Maoist) in protest against the Central government’s anti-Maoist operations – “Operation Samadhan-Prahar.”

The Telangana State Road Transport Corporation (TSRTC) suspended operation of buses to the remote tribal areas on Monday as a precautionary measure.

The inter-district bus services between Bhadrachalam and Wazed in Mulugu district were operated only up to Venkatapuram within the stipulated time till late in the afternoon.

The inter-State bus services between Bhadrachalam-Konta-Vijayawada were suspended until Tuesday in view of the volatile situation along the inter-State borders with Chhattisgarh and Andhra Pradesh, TSRTC sources said.

The night bus services were already suspended due to the night curfew in force to stem the spread of coronavirus infections. Villagers of several remote tribal habitations in Bhadrachalam Agency had to face severe hardships due to the suspension of bus services and are forced to spend extra money for their daily commute due to the alleged hefty fare charged by the private vehicles, mainly auto-rickshaws, sources added.

An uneasy calm persisted in the forested border region spread across Charla and Dummugudem mandals, adjoining Chhattisgarh, during the Maoists’ bandh even as a large posse of police personnel maintained a strict vigil at vantage points along the forest stretch to deal with any eventuality.

The recent escalation of Maoist violence in the trouble-torn pockets of neighboring Chhattisgarh triggered tension in the forest fringe tribal habitations lying close to the inter-State border in Dummugudem and Charla mandals.