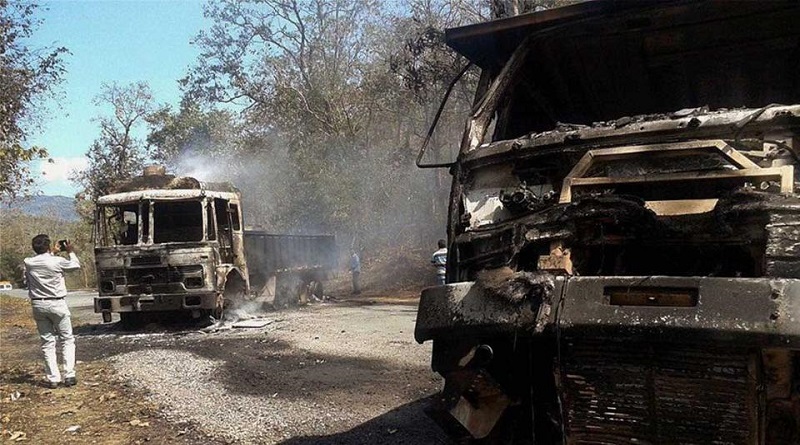 Assuring that the Centre will extend all cooperation to Chhattisgarh in its fight against insurgency, Union home minister Rajnath Singh said 50 new police stations and 35 mobile towers will be set up in Maoist-affected areas of the state.

The home minister, however, remained tight-lipped over a query on rape of tribal women in Bijapur.

Rajnath Singh made the announcement after chairing a high-level meeting at the official residence of chief minister Raman Singh in Raipur on Monday evening.

The home minister said that the Raman Singh government has successfully discharged its responsibilities and the development work being done in Maoist-affected areas has brought a major transformation in the lives of people.

He said that 850 km of roads will be built in Chhattisgarh, and road connectivity in Maoist-hit areas will be expanded.

Maoists are present in as many as 16 of the 27 districts in the state.

Meanwhile, when Hindustan Times asked Rajnath Singh about a notice from the National Human Rights Commission (NHRC) served to the state government over tribal raped by the security personnel, the home minister remained tight-lipped.

Raman Singh responded to the question, saying, “Investigation is going on”.