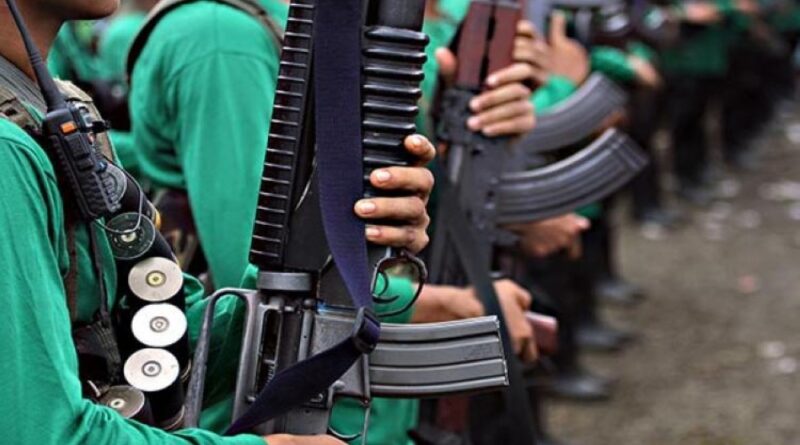 We call on the Filipino people and all revolutionary forces to raise their fists and hail the 19 martyrs of Dolores, Red fighters of the New People’s Army (NPA) who perished in an aerial strike conducted by the US-supported fascist Armed Forces of the Philippines (AFP) last August 16 in Barangay Osmeña, Dolores town, Eastern Samar province.

They were among the best sons and daughters of the people who dedicated their lives to the cause of national freedom and democracy. Their deaths bear hard upon the hearts of the workers and peasants across the country and all the oppressed peoples in the entire world. The masses grieve the loss of their warriors and servants. But at the same time, their martyrdom inspires us to fight with even greater fortitude and dedication to serve the people and their revolutionary cause. The Martyrs of Dolores will forever be remembered.

The fallen Red fighters were part of a 50-man unit of the NPA who were in the area to conduct political, military, economic, education, cultural and medical work among the peasant masses. They were conducting an investigation into the socioeconomic conditions of the peasant masses in the area with the aim of addressing their needs and problems.

As with other NPA units in the region, they were conducting a continuing campaign to raise the people’s awareness of the Covid-19 pandemic to prevent infections from reaching their hinterland communities where there are no medical facilities. There was also a team of medics in the group who were set to conduct a surgery in the camp for a patient suffering from hernia and other medical procedures. The peasant masses in the area, long neglected by the reactionary state, could have benefited from medical and dental services, literacy and other services that the NPA unit was ready to provide.

Without a doubt, the deaths of the Dolores martyrs is a big loss. It is, however, a temporary setback and does not negate the overall forward direction of the people’s war. Indeed, in Eastern Visayas and the rest of the country, the NPA continues to make strides in recruiting new Red fighters, building more units, expanding its areas of operations, building new guerrilla fronts, defending the people against the AFP’s armed suppression and mounting tactical offensives to strike blows against the fascist monsters. In due time, the embattled guerrilla unit of the NPA in Dolores will be reorganized with new recruits to continue the work left by their fallen heroes.

The NPA is set to frustrate Duterte’s declared aim of crushing the armed revolution before his term ends. The NPA will not only outlast Duterte, but will surely emerge more consolidated and ever determined to fight for the Filipino people and advance the struggle against imperialism, feudalism and bureaucrat capitalism.

We must condemn the AFP for employing aerial bombs, aerial strafing and artillery shelling. These weapons are superfluous, the deployment of which constitutes a disproportionate use of force. The AFP’s US-supplied “smart bombs” are, in fact, stupid and could not distinguish the armed from the unarmed, the combatants from the civilians. Aerial bombs are widely condemned for having caused massive civilian deaths in Afghanistan, Pakistan, Yemen, Palestine, Syria and other places where these have been used by the US imperialists. In the case of the Dolores bombing, the AFP’s bombs failed to distinguish the medics and the patients, and other unarmed personnel who were not in a position to battle.

Coward terrorist brutes of the US-Duterte regime resort to aerial bombing and strafing in the face of their inability to encircle and defeat on the ground the guerrilla forces of the NPA who enjoy the boundless support of the masses. These terrorist weapons should be banned as these cause massive loss of lives among unarmed people, endanger the lives of civilians, traumatize thousands of people, especially children, and damage and ravage the environment and property.

Units of the NPA must continue to draw lessons, improve guerrilla tactics, raise the political and military capacity of Red fighters, heighten their discipline and further deepen and widen the support to keep the enemy deaf and blind to defeat and render useless their use of massive weaponry. The enemy’s military superiority will ultimately prove ineffective against the NPA’s political superiority and mastery of guerrilla warfare and the physical and social terrain.

The Filipino people, the Party and revolutionary forces will eternally value the sacrifices of the Dolores martyrs. Their martyrdom will always serve to inspire the masses and Red fighters to resist the fascist terrorists, fight against their oppressors and exploiters, defend their rights and advance the cause of national liberation and social justice.

We may have lost a number of fine people’s warriors, but even greater numbers are sure to emerge to take their place as new Red fighters of the heroic people’s army.