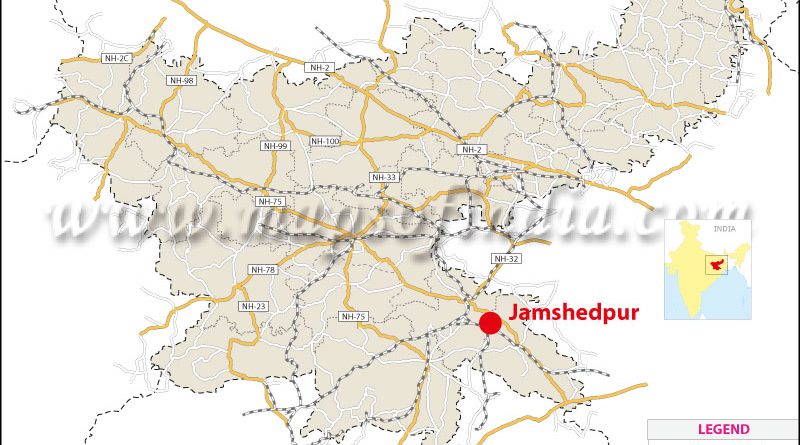 Following a fierce encounter between Left Wing Extremist (LWE) insurgents and paramilitary forces at Kuchai jungle in adjoining Seraikela-Kharsawan district, the rebels have resorted to poster campaign close to the steel city.

Written in Hindi, the posters asked supporters to expedite the task of converting battle of ambush into a battle of mobile war. One poster was inscribed in red letters on a paper while the other was on a piece of cloth. The police removed both the posters and seized them immediately after the matter came to their notice at about 8 am on Friday.

“We are in the process of investigation. We suspect that it might be a handy work of some local miscreants who are trying to disturb the ensuing Assembly polls in the region.  But despite that we take the matter very seriously as this is election time,” said Kumari.

The OC informed that they have intensified the patrolling as the posters, fixed during the unearthly hours was aimed at disturbing the assembly elections scheduled on December 7.

On Thursday morning, one LWE rebel was shot dead and another sustained bullet injuries as an encounter took place at Raisindhri hills in Kuchai jungle in the Seraikela-Kharsawan district. During the search operation after the encounter that lasted for over 30 minutes, the police and paramilitary forces recovered powerful claymore mines from the encounter site.

Meanwhile, the recovery of posters and pamphlets has also triggered panic among the locals. A police official said that the Maoists usually resort to posters just to instill fear amongst the villagers.

Sources informed that apart from wall painting, waging poster campaign is a regular feature in the Maoist-affected areas. The red guerillas have been conspiring to hamper peaceful life in the villages. A police official said that the ultras were trying to create tension among villagers so that they can disturb them.

The administration is confident about conducting polls peacefully. About 800 police force of the district will be assisted by jawans of CRPF, Jharkhand Armed Police, home guards, Rapid Action Police (RAP) and Rapid Action Force for maintaining security at the 1626 polling booths in the constituency.