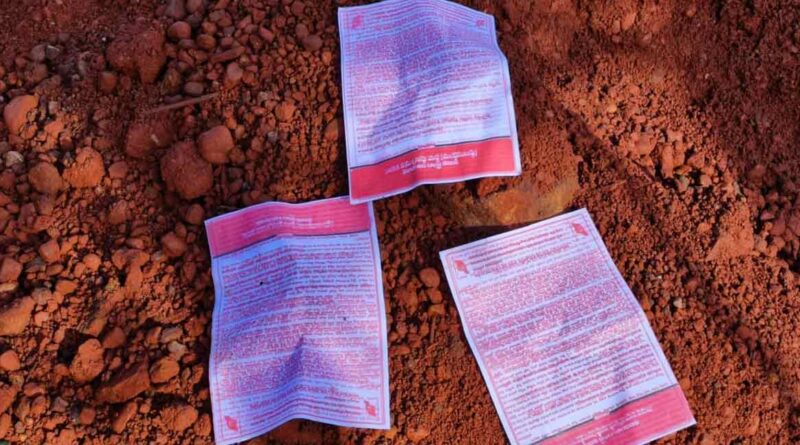 Mulugu District, July 27, 2022: Several posters and pamphlets left by cadres of the CPI (Maoist) were found by the villagers at Uppedu, Veerapuram, and Gollagudem villages of Venkatapuram mandal in Mulugu district on Wednesday appealing to people to observe Martyrs’ Week from July 28 to August 3 in a big way.

The posters, issued in the name of the Telangana State Committee of the CPI (Maoist), urged the party cadre to fight against the Hindu-Brahminical fascist forces unleashed by the government, and defeat the fascist ideology. The Maoist party organizes martyrs’ memorial week yearly in all the Maoist-affected States, including Chhattisgarh, Telangana, Andhra Pradesh, Maharashtra, Odisha and Jharkhand.

Meanwhile, the police have intensified the combing operations in the forest areas of the district, including the areas on the Chhattisgarh State border. Sensing trouble, the RTC officials have stopped the bus services between Venkatapuram and Bhadrachalam towns during the night times in the wake of martyrs’ memorial week celebrations.