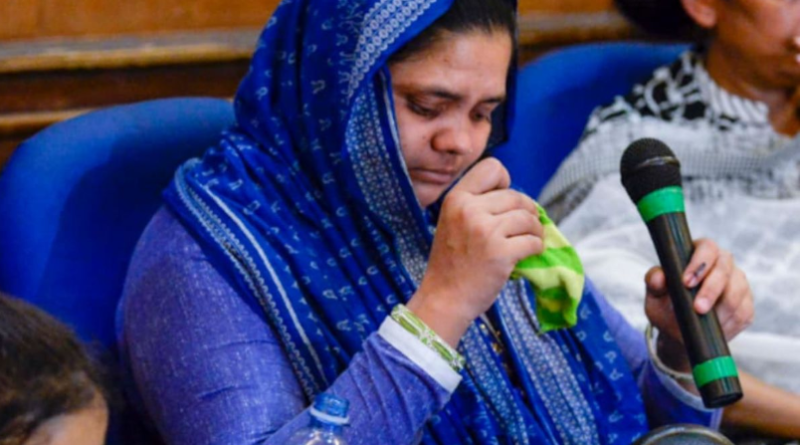 Gandhinagar, August 20, 2022: The CPI (Maoist) has condemned the release of the 11 convicts who were involved in the Gujarat Riots of 2002 and were convicted for the rape of Bilkis Bano and the gruesome murder of her 3-year-old daughter and family members.

The central committee of the CPI (Maoist) denounced the abuse of the state machinery in the Gujarat riots of 2002 involving Bilkis Bano. It’s made a plea to all democratic thinkers, progressives, patriots, and countrymen to speak out against the growing saffronization of the governmental machinery which is worsening the position of citizens’ fundamental rights.

On August 15, 2022, the Gujarat state government commuted the life sentences of the defendants in Bilkis Bano’s case related to the well-known Gujarat riots of 2002.

In addition to seeing her 3-year-old daughter killed in front of her when she was five months pregnant, 14 members of Bilkis Bano’s family were also killed, of which six bodies were never found.

In response to her quest for justice, a CBI special court sentenced the defendants to life in prison in 2008.

However, the remission was a response to the convicts’ compassionate appeals to the Supreme Court, which ordered the state government of Gujarat to investigate the petitions.

The government appointed a committee and acted upon its recommendation to remit the sentence of the convicts.

In a statement in response to the judgement, Bilkis Bano described the position of minorities, oppressed people, nationalities, and sections. “The release of these criminals has robbed me of my peace and damaged my faith in justice,” said Bilkis.

“These prisoners are none other than RSS-VHP-Bajrang Dal members, whom the Modi-Shah clique is eager to free because they are also affiliated with these Hindutva organizations,” read the statement.

One of the freed prisoners, Ramesh Chandana, stated, “The investigation was moving along as long as the Gujarat CID was looking into it.”

The CPI (Maoist) concluded that the government’s manipulation of the judiciary is made abundantly evident, as is the fascist condition of affairs in the nation under the control of the BJP, a Brahmanic Hindutva fascist party that took inspiration from Gujarat.