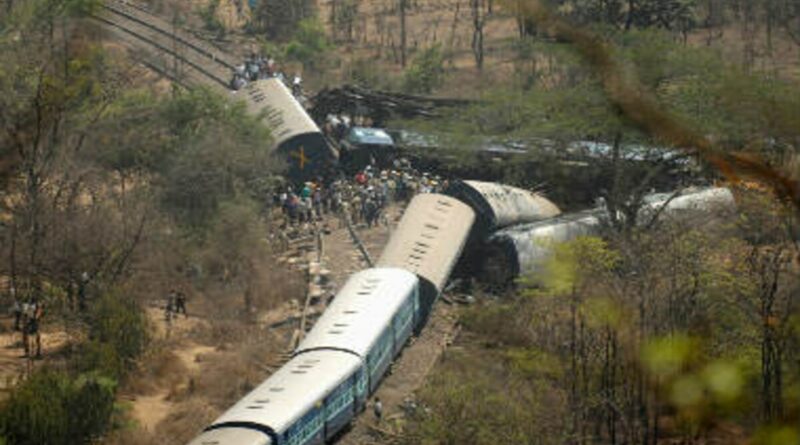 Dantewada District, November 27, 2021: Eighteen wagons and three locomotives of a goods train derailed on the Kirandul-Visakhapatnam railway section in Chhattisgarh’s Dantewada district after cadres of the CPI (Maoist) uprooted railway tracks, a police official said on Saturday. No casualty was reported in the incident that took place in a forest area around 8.30 pm on Friday. However, the movement of trains was disrupted between Jagdalpur and Kirandul, he said.

The train, loaded with iron ore, was on its way to Visakhapatnam from Bacheli, he said, adding that there was no report of any casualty in the incident.

A team of security personnel and railway staffers rushed to the spot to restore services, which will take some time, the official said.

According to the police, the Bhairamgarh Area Committee of the CPI (Maoist) had put up banners at the spot giving a call to observe a day-long bandh on Saturday, to protest against the incident that took place in Maharashtra’s Gadchiroli, wherein 26 Maoists, including a top leader Milind Teltumbde, were killed in an encounter with the police on November 13.